2013’s Top Ten #8: The Slaughter of Amendment 66 and How it Changed School Board Outcomes 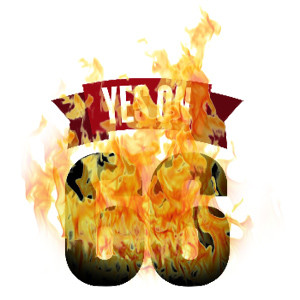 The crushing failure of Amendment 66, the school finance measure, was significant for many reasons that extend well beyond the stinging 65-35% margin of defeat.

The campaign itself was an abject failure the likes of which Colorado hasn't seen since Bob Beauprez was staring at a horse's ass. Consider: Proposition 103, which was meagerly funded and unsupported by many public officials (including Gov. John Hickenlooper) failed by a 64-36% margin in 2011. Given Colorado's general opposition to taxing anything, nobody would have blamed the Amendment 66 campaign if it didn't pass in 2013 — but a $10 million campaign should never have performed so miserably as that it couldn't even do better than an shoestring-budged proposition on the ballot just two years earlier. So what happened? As we wrote in early November, this was a campaign that made little sense from the start:

Heavily consultant-driven with a rigidly controlled message, this is a campaign that always seemed afraid of its own shadow despite the massive resources invested. Proponents relied much too heavily on lavish buys of slick television ads, and counted on an "under the radar" field campaign effort that completely failed. The complicated details of Amendment 66 were freely misrepresented by opponents, and the campaign was never quite able to keep up. Apart from the huge ad buys, seemingly no effort was made at secondary earned media, and in fact Amendment 66 appeared to garner less coverage in the media than Proposition 103 did two years before. If this was by design, in hindsight it was clearly a mistake.

Throughout the campaign, proponents expressed confidence that grew increasingly brittle as it became clear the initiative was in trouble. But with no real strategy other than pouring cash into TV ads, the campaign was powerless to do anything to change course. They had their playbook and they stuck with it to the bitter end…

…It was a tough climate for Amendment 66, but Democrats also failed to use the resources they had this time imaginatively–or even just definitively. You can't pass an amendment like this without having a big conversation with Colorado voters, which is a major reason why Referendum C passed in 2005. Amendment 66 needed to be the issue of the election that everyone was talking about, but it wasn't. Anecdotally, we talked to a lot of potential supporters who didn't even know what it was. With a tax increase like this, you absolutely must grab hold of the narrative and never let go. You don't tell people why they should vote for it; you make the case that they must support the measure.

Amendment 66 had the full support of Hickenlooper and any number of elected officials in Colorado, but the strategy outlined by consultants led by Mike Melanson was to somehow run a nearly $1 billion tax increase "under the radar." Hickenlooper was rarely used publicly in support of Amendment 66, and that absence of visible leadership was harmful to both the campaign and the Governor. You can argue about Hickenlooper's favorability ratings, but he's still the Governor of Colorado and the leader of the state — if he isn't front-and-center on the campaign, it gives the impression that he isn't completely committed to the plan, and voters see that.

Where the Amendment 66 campaign really failed was in its decision to avoid "reliable" Democratic voters in order to target some polling- and focus group-molded monster of an electorate that it decided would be the key to passing the Amendment. The result was that "reliable" Democratic voters didn't really know anything about Amendment 66 and were not invested in the outcome…and you can't pass a tax increase in a low-turnout election (which 2013 became). Unlike 2005's Referendum C, which created water-cooler discussions across Colorado, very few low-information voters knew anything about Amendment 66. As a result, the majority of people who were committed to voting in 2013 were those who were anti-Amendment 66; the anti-66 campaign had a natural conservative base that will always turn out to vote 'NO' on things.

The dismal defeat of Amendment 66 will give pause to efforts at raising taxes in the near future, which is a serious problem in a state like Colorado where funding for anything remains a major issue. But the more immediate impact of November's election (aside from the money that schools will not receive from 66), was felt in local school board elections in counties like Jefferson and Douglas. The Jefferson County School Board, for example, is now controlled by right-wing, pro-voucher forces that have already made clear their intention to ignore the public and ram through their own initiatives. The Jeffco School Board flipped when all three open seats went to right-wing candidates; but if the Amendment 66 campaign hadn't done so little to promote turnout among a public education-supportive base, it's likely that at least one of those three seats would have gone to a more moderate candidate and prevented wholesale radical changes.

Low turnout related to Amendment 66 also destroyed the hopes of school board candidates in Douglas County that were seeking to retake control of a board that, in just a few years, had dismantled a school district that had been among the best in the nation. Moderates came within just a few hundred votes of retaking control in Douglas County — which they almost certainly could have accomplished had overall voter turnout not been so dismal.

The colossal failure of Amendment 66 wasn't just one of the biggest political stories of 2013 — its impacts will be felt for many years to come.