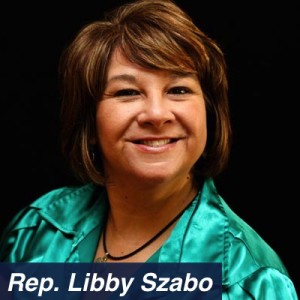 ​Colorado House Speaker Mark Ferrandino took control of the state House of Representatives after the 2012 general elections, in which Republicans were resoundingly swept from their one-seat House majority. One of the biggest reasons for that multiple-seat pickup victory in 2012 was the conduct of GOP legislative leadership at the end of the 2012 session. Legislation to create civil unions for LGBT couples in Colorado stood at the brink of passage with bipartisan support, only to be killed by GOP House leadership using extraordinary legislative tactics to prevent a vote on the bill.

After retaking the House in 2012, Colorado Democrats found themselves with two years of stymied and backlogged agenda items, at the top of the list of which was civil unions. The signing into law of this year's civil unions bill was hailed not just by Ferrandino, who happens to be gay, but a host of Republican officials and activists eager to turn a new page and walk back their party's intolerant image.

As we'll discuss in other 2013 recap posts, Republicans fought back in 2013 with a fury not seen since they began reliably losing elections in Colorado in 2004. One of the major message vehicles used by the GOP was legislation known as "Jessica's Law," named after a young Florida girl murdered by a previously convicted sex offender, and mandating long sentences for sex crimes even on a first offense. Although this law is on the books in many states, Colorado already has very severe sentences for such crimes. Law enforcement and advocates such as the Colorado District Attorneys' Council and the Colorado Coalition Against Sexual Assault opposed the bill as unnecessary. Being a political weapon first and foremost, GOP backers of a Colorado "Jessica's Law" were undeterred.

And then last February, Bill O'Reilly of the FOX News Channel took it a step further.

In an interview with GOP Colorado Rep. Libby Szabo, O'Reilly openly linked Speaker Ferrandino's sexuality to the failure to pass "Jessica's Law." Rep. Szabo asserted on national television that Ferrandino was "obviously protecting someone" by sending the bill to the State Affairs Committee where it died. In our nearly a decade of covering Colorado politics, this is quite likely the most deplorable accusation we've ever seen made by one sitting lawmaker against another.

Those who know Speaker Ferrandino know he has no interest in taking personal offense to such accusations, even to the extent of missing a powerful political opportunity. We will not debate his judgment here, but this horrible spectacle on the O'Reilly Factor prompted others to respond on his behalf. Chief among them was former Denver Post editor Curtis Hubbard, who wrote a column soon afterward saying "O'Reilly's fear-mongering should offend all Coloradans. He was saying 'gay,' but what he wanted his listeners to hear was 'pervert-pedophile.'" Hubbard even appeared on the O'Reilly Factor, commendably holding his own while O'Reilly tiraded against him for daring to imply what any viewer of the original segment would find patently obvious.

Unfortunately, and for reasons we still don't understand, Rep. Szabo has largely escaped criticism over what we would think was a huge breach of decorum. Hubbard was more interested in shaming Bill O'Reilly, and we suppose that makes sense. But non-editorial news coverage of this story was severely lacking, and only defensively mentioned Szabo as some kind of innocent bystander–which is of course ridiculous.

Since this story, Hubbard has moved on to a public relations job, and the Denver Post's editorial board has moved steadily rightward under the leadership of avowed conservative Vincent Carroll. As we said, the newsroom at the Post was inexplicably deferential in sparing Rep. Szabo from scrutiny over her outrageous comments. Given the present state of political news coverage in Colorado, a subject we'll be revisiting in a future 2013 recap post, we're not sure if O'Reilly's and Rep. Szabo's shameful and baseless accusations would be responded to anywhere near as vigorously. Or even at all.

But they should be, folks. In the name of simple decency, they always should be.