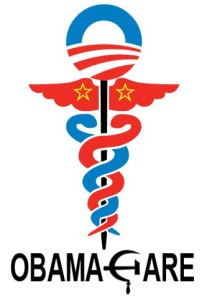 An example of said hype.

A fascinating story this weekend from the Denver Post's Michael Booth:

More than two-thirds of the 250,000 people whose health policies the state Division of Insurance said last week were "terminated" have actually been offered renewals of existing plans through 2014, according to research by U.S. Sen. Mark Udall's office.

Thousands more of those can keep policies because they were "grandfathered" under different Affordable Care Act rules, Colorado insurance companies said, complicating the raging debate over Obamacare…

One consumer advocacy group said that while the impact on the small number facing an absolute cancellation is real, "there's been a lot of hype and not a lot of drilling down into the facts."

"It's been a small and vocal minority, exacerbated by support from those who oppose Obamacare," said Dede de Percin, director of the Colorado Consumer Health Initiative, a supporter of the Affordable Care Act.

Part of this is a function of Colorado having a separate, and by all accounts better functioning system and rules than other states. Consumers and even health care advocates locally are constantly having to respond to horror stories from elsewhere, exaggerated and sometimes real, which are either way wrongly applied to the situation in Colorado. Rules from the Colorado Division of Insurance already more or less allowed the "renewals" into 2014 that Obama has proposed nationally. Booth reports that Sen. Mark Udall, having proposed legislation that would have allowed existing policies to renew for two years, found the figure of 250,000 policy "cancellations" in Colorado disproportionate and started asking questions. It will be interesting to see if these findings affect how Udall proceeds with that legislation.

It's important to remember also that these "cancellations" are almost entirely within a very small segment of insurance plans, those offered on the individual and small group markets. As CNN reports, at least some of the uncertainty in relation to the status of insurance and renewal options is directly the fault of insurance companies–but has been wrongly laid at the feet of the Obama administration.

That letter told 3,400 Humana policyholders in Colorado that they had to make a decision within 30 days or risk losing their coverage. And just like in Kentucky, the 30-day window ended before the state exchange opened.

"I was disappointed to see a letter that appeared threatening and incorrect going out to consumers. The last thing we need is more confusion," Salazar said of the letter. Her office required Humana to retract and resend the letter and to apologize to its policyholders.

CNN's report this weekend documents similarly threatening and inaccurate letters sent to policyholders all over the country by insurance companies. In some cases, consumers were wrongly told their policies were going to be swiftly canceled, but insuerers failed to give consumers their full range of options–even failing to mention the existence of the exchange marketplaces. Many of these horror stories have been circulating for weeks, misreported by a confused media, and seized upon by Republicans in their never ending quest to undermine President Barack Obama's biggest policy achievement.

That last point is really the most important when trying to evaluate the present state of health care reform. Nobody can deny at this point that the troubled initial rollout of the exchange websites has given the right wing ammunition to assail the Affordable Care Act. Conservative opponents of the law also have a rhetorical "gotcha" on the President and Democrats, whose blanket assurances that "if you like your plan you can keep it" never really made sense–since health plans change just about every year for a lot of the people "affected." Many of the individual market policyholders lumped in with the massive numbers of reported "cancellations" were accustomed to regularly shopping around for a better deal on coverage.

Republican attacks on Obamacare, as we've seen in Colorado, are willfully exploiting the confusion evident in these latest stories. The conservative mediasphere has deliberately hyped outright falsehoods, even before this latest round of incomplete and misleading information. Lawmakers like Colorado's Rep. Cory Gardner have freely misrepresented the facts to help paint the worst possible picture of the implementation. You'll recall Gardner received one of these same "cancellation" letters, which purportedly demanded a 150% premium increase for a "comparable plan." Gardner has waved that letter around on national television and in congressional hearings ever since. But Gardner never released any information about his existing plan to allow an "apples to apples" comparison–nor do we know if his is one of these plans that could have been renewed again anyway.

This weekend, in the midst of all the doom and gloom health care press this week, here are these reports that start walking bacl the half-truths and misreported complexities we're seeing in this debate. In the nearly a year between now and the 2014 elections, we just don't see how the law's opponents can keep the low-information rage going. Despite all the chaff being thrown in the air today, by then, too many people will know better.