In Which The “51st State Movement” Just Gets Ridiculous 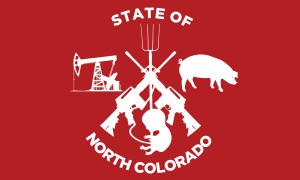 Analisa Romano of the Greeley Tribune reports today, with most of the story behind a paywall:

If Greeley residents had not voted in last week’s election, the 51st state initiative still would have been shot down by Weld County voters, according to a breakdown of ballots provided by the Weld County Clerk and Recorder’s Office.

Without Greeley voters included, 52 percent of Weld County voters would have chosen not to move forward with seceding from the state of Colorado, versus 48 percent who voted for the measure.

The final count on the 51st state question was 56 percent of Weld County voters against secession, compared to 44 percent in support.

The city of Greeley is the largest population center both within Weld County, as well as all eleven mostly rural Colorado counties who voted on a secession ballot question this month. Six of those eleven counties voted against–not just in Weld, but also truly rural locations like Lincoln and Sedgwick counties. Now, most reasonable people would conclude from that that the secession movement was simply a bad idea.

Oh, okay, so it wasn't that secession was a bad idea? It's just that those Greeley city-slickers (we're amazed to be typing that with a straight face) are infected with the same urban degeneracy that exists in the obviously foreign nations of Denver and Boulder!

Except that's not true either. As it turns out, the voters of Weld County–regardless of how far out on the fruited plain they live–rejected the secession measure, even without…the mean streets…of Greeley. And with that, we can't hold back our laughter anymore. It's just irredeemably preposterous. 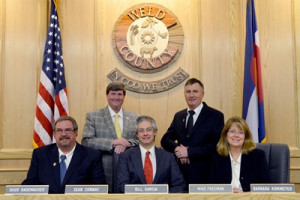 ​Do you think we're being too hard on these poor Weld County commissioners, groping for an excuse to explain away their abject failure of a secession movement? Folks, we run the state of Colorado's political blog of record. The Weld County board of commissioners–Doug Rademacher, Sean Conway, William Garcia, Mike Freeman and Barbara Kirkmeyer–wanted to break up the state of Colorado, a state we happen to love. They never had a good reason. It was absurdist folly from the very beginning. They relied on offensive "urban vs. rural" stereotypes that, now that they have failed to provoke a secession movement, are apparently being applied within Weld County as an excuse for the movement's failure. To call that pathetic is, we believe, a considerable understatement.

In a perfect world, this nonsense would cost all five of them their political careers. But that will depend on the same Weld County voters, and Greeley voters, whose intelligence they have so thoroughly insulted.