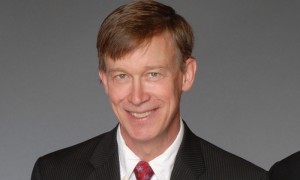 Lafayette's measure — an all-out ban on new oil and gas drilling in the city — was prevailing 58 percent to 42 percent, while Boulder voters were overwhelmingly saying "no" to fracking within city limits. The margin in Boulder was 77 percent in favor of a five-year extension of the city's fracking moratorium versus 23 percent against.

A five-year fracking moratorium was also winning in Fort Collins, 55 percent to 45 percent, as of 11:40 p.m.

[Issue 2A] passed easily, even though the campaign supporting it was outspent 39-1 by an opposition campaign funded by the Colorado Oil and Gas Association, or COGA.

The victory is a tribute to the more than 100 volunteers who took their message — that time is needed to understand the health impacts of the common oilfield practice — before it should be allowed to continue, said Kelly Giddens of Citizens for a Healthy Fort Collins.

And Megan Quinn at the Broomfield Enterprise has an update on Broomfield Question 300, the only anti-"fracking" initiative on yesterday's ballot that wasn't immediately successful:

Broomfield will likely conduct a recount after a five-year ban on fracking failed by just 13 votes on Tuesday.

In final unofficial election results, with nearly 20,733 ballots — or slightly more than 59 percent of registered voters — counted, voters rejected Broomfield Question 300, which aimed to create a moratorium on all hydraulic fracturing, or fracking, in Broomfield. The margin of defeat was 13 votes — 10,253 for the ban, 10,266 against.

In all four cases, these "fracking" moratoriums (and in the case of Lafayette, an outright ban) were overwhelmingly opposed by the Colorado Oil and Gas Association. COGA spent upwards of a million dollars opposing these local ballot questions, orders of magnitude more than proponents, and still only barely appear to have turned back just one out of four of the initiatives.

There's no question that these votes to ban "fracking," placing these Front Range bedroom communities squarely in opposition to Democratic Gov. John Hickenlooper and the Colorado Oil and Gas Conservation Commission, significantly complicate Hickenlooper's hopes to charm the issue out of controversy. Voters remain highly skeptical of the state's ability and/or willingness to protect them from the harmful effects of drilling in their neighborhoods. Beneath a thin veneer of affected concern, Hickenlooper's administration has proven itself indifferent, even hostile, to the concerns of local residents. After lawsuits against the first cities who assert stronger protections for themselves, other communities had the choice of knuckling under or joining the "rebellion" against the COGCC's perceived inadequacies. And yesterday, at least 3 out of 4 chose the latter.