End of the Line For Jon Keyser’s Cheap Ballot Tricks

So I received two mail in ballots. Did that happen to anyone else? C'Mon Man! #copolitics #coleg #FailedSystem pic.twitter.com/9RmPN4z0Ai

The mystery “duplicate ballot” was photographed, tweeted about and then shredded. In its internet afterlife, it was held up as evidence that recent electoral reforms centered around universal mail ballots were opening the state to fraud. In fact, the mystery ballot demonstrated that the system is working as well as it ever has done, and maybe better.

It took a few days and some digging, but now it’s clear that the ballot was a Delta County special election ballot. It was mailed to Republican state House candidate Jon Keyser, an attorney at major Colorado law firm Hogan Lovells and a former Air Force intelligence officer.

Keyser lives in Morrison, in Jefferson County, but he owns a Delta County parcel of land. He is eligible to vote in two elections. Keyser received two ballots in the mail because that’s how it works. They’re different ballots. He is being asked to vote in Jefferson County as a resident and on a long-term financing deal for Delta County’s Grand Mesa Water Conservancy District.

“We sent a property owners ballot to a Jonathan M. Keyser in Morrison for the one question,” confirmed Ann Eddins, Delta County clerk. [Pols emphasis]

Tomasic shows a photo of a blank ballot envelope supplied by the Delta County clerk, clearly stating that recipients "may receive a ballot from another political subdivision conducting an election on the same day." In Keyser's case, that would be his regular Jefferson County ballot, containing all statewide and local questions being voted on this year for Keyser's legal residence in Morrison. With these facts now settled, the GOP candidate who alleged these "two" ballots amounted to a "failed system" sounds a lot less agitated:

Keyser seems a little taken aback by the flap his tweet generated. He said he still believes that receiving two ballots, even if not duplicates, is evidence not perhaps of failure but of inefficiency.

“This clearly illuminates a bureaucratic inefficiency that can and should be improved,” he wrote to the Independent. “The county clerks and recorders have a difficult job. Hopefully we can come together and find a way to help streamline this process and save Colorado taxpayers some money at the same time.”

There it is: the walk back from "failed system" to "bureaucratic inefficiency." Just a misunderstanding on Keyser's part? Not likely when the envelope for the Delta County ballot clearly explains why he got it. Not likely because, quite frankly, we don't believe this Hogan Lovells attorney and former Air Force intelligence officer is that stupid. The campaign by partisan Republicans against this year's voting modernization legislation, House Bill 1303, has been completely over the top from the beginning–despite the fact that Republicans like Jefferson County Clerk Pam Anderson helped write the bill. In the end, the only known case of "vote fraud" resulting from any provision of the new law was a conservative activist making a highly ill-advised "demonstration."

Folks, when Keyser Tweeted out his photo of "two mail in ballots," with the second ballot's return address carefully concealed and none of the clarifying information on the back of the "second" ballot disclosed, saying only that he received "two mail in ballots" and that this was evidence of a "failed system," there is absolutely no mistaking his intentions. Keyser plainly was alleging that he had received the ability to vote twice on the same ballot questions, and we just don't buy the idea that he was unaware of exactly what the circumstances really were. Otherwise, why would he conceal the return address on the second ballot?

To perfectly, editorially honest about it, we are sick and tired of politicians–hell, anyone, but the best examples are politicians these days–who engage in deliberate, ridiculously obvious deception, and then try to act like we're all stupid when they're caught red-handed. Or in GOP House candidate Jonathan Keyser's case, red-balloted. The unfortunate truth is, Keyser's "two ballots" allegation and photo circulated far wider than the facts you now know ever will. Even though it's complete bullshit, this story is now a part of the right's "vote fraud" apocrypha.

If you care about the truth even a little, you should find that very frustrating. 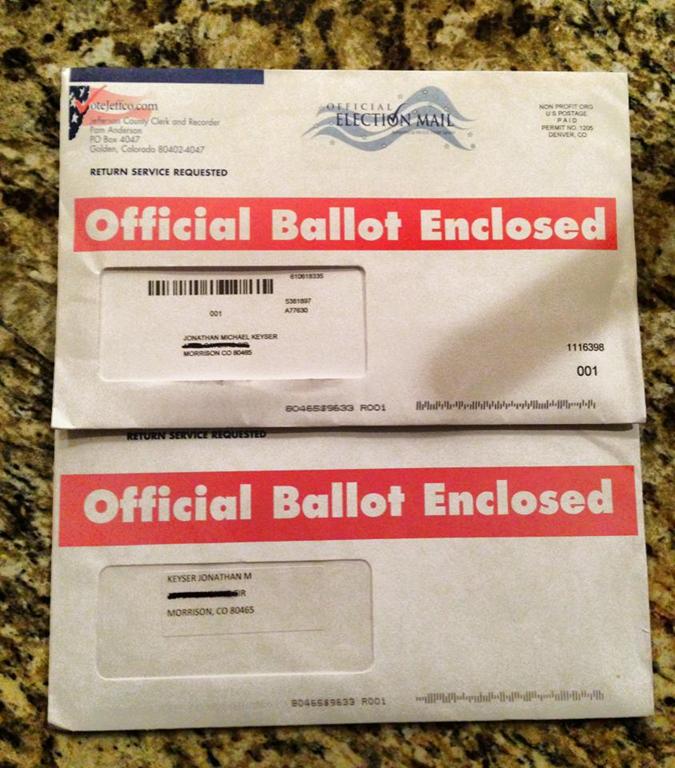 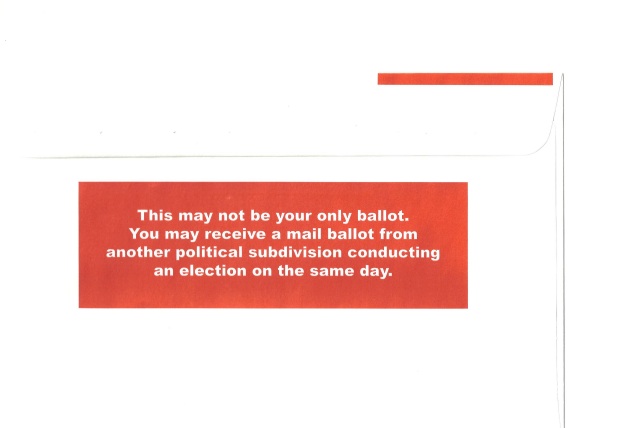