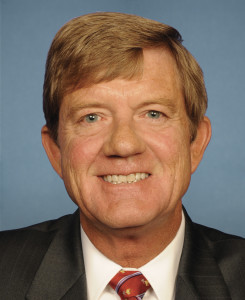 A new round of post-shutdown polling shows that Democrats not only have anopportunity to take back the House of Representatives next year, but that they could win a sizable majority if voter anger over the shutdown carries into 2014.

Public Policy Polling has just completed surveys in an additional 25 GOP-held House districts, which means we have now surveyed a total of 61 such districts since the beginning of the government shutdown. The surveys were commissioned and paid for by MoveOn.org Political Action.

Republicans will likely find this third round of surveys to be the most alarming yet, given that the new results show substantial Republican vulnerability in many districts that were not even supposed to be close. Incumbent Republicans trail generic Democrats in 15 of the 25 districts we most recently surveyed. This means generic Democrats lead in 37 of 61 districts polled since the beginning of the government shutdown. Democrats only need to net 17 seats in order to retake the House.

In Colorado, this latest round of polling focused on Colorado's Third District, a perennially competitive battleground presently held by sophomore Rep. Scott Tipton. Here are the poll questions–Tipton enjoys a 28% approval rating, with 51% disapproving. A generic Democratic opponent leads Tipton 48-42%. 62% of CD-3 respondents say shutting down the federal government to stop health care reform was a bad idea. 53% of respondents say that Tipton's role in the recent shutdown controversy would make it less likely they would support him. And when respondents are asked again after the shutdown questions who they would support in CD-3, support for the generic Democrat rises to 50%.

Since the end (until January) of the government shutdown last week, pundit discussion has turned to the lasting political damage done to Republicans after their failure to achieve their goals. At this point, we don't know what the 2014 CD-3 race will look like, because there's no opponent. Prior to last week, Democrats were wholly preoccupied with the CD-6 race against Rep. Mike Coffman–and CD-3 had moved, at least for the present, to the back burner.

If this poll showing new opportunity after the GOP's shutdown fiasco is right, that's probably about to change.