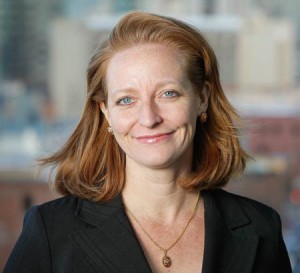 Carroll, an Aurora Democrat who served as majority leader, received unanimous consent from her colleagues and will become the second woman in Colorado history to lead the Senate.

…"These aren't the circumstances where anyone hopes to be taking the presidency of the Senate," Carroll said. "That said, we are really looking forward to moving forward and getting ready for next year's session."

Carroll said the caucus will look to address taking care of those impacted by recent and deadly floods and wildfires and creating jobs.

There had been rumblings since the Sept. 10th recall, mostly planted by Republicans, that Democrats might select a more "moderate" President as opposed to Carroll, a well-known champion of progressive causes. The fact that Carroll was approved by unanimous consent shows that Democrats are keeping their heads and not overreacting to the recall of Senate President John Morse.

As the former Majority Leader, Carroll was the obvious choice to become the new Senate President and continue the leadership that won Democrats control of the legislature in the first place. Choosing anyone but Carroll would have been a serious mistake by Democrats and a misreading of the political tea leaves. Yes, Morse was recalled, but by a mere 343 votes in a district that he barely won in 2010 anyway (and without a mail-ballot election, which would have benefited Morse). Morse and Sen. Angela Giron did lose their seats to a recall, but two other recall attempts failed; more importantly, polling showed that Colorado voters opposed the recall efforts by a 2-1 margin.

If Democrats are going to maintain their majority in the State Senate in 2014, it will be by doing the things in 2010 and 2012 that resonated with voters across the state. Carroll was a big reason that Democrats were successful in 2010 and 2012, playing a significant role in the strategy behind the senate majority campaign efforts. Passing over Carroll and taking the recall election as anything more than a symbolic loss would have validated the Tea Party attempts to "rule by recall."

Democrats did not change course and choose a different leadership — and they will be better for it in 2014.