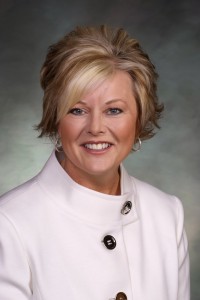 A press release from the Colorado House Democratic Majority today celebrates the opening of Connect for Health Colorado, the state's new health insurance exchange and a major component of the federal Affordable Care Act:

“The window to a healthier future for Colorado opened today,” said Rep. McCann (D-Denver), who is chairwoman of the Health, Insurance & Environment Committee and vice chair of the Health Insurance Exchange Legislative Oversight Review Board. “Because our state will be healthier, it will be more productive and more prosperous.”

Rep. McCann credited the legislators who supported the 2011 bill creating the new system.

“I want to express again my thanks to Rep. Amy Stephens and the bipartisan majority that made this day possible,” [Pols emphasis] Rep. McCann said. “We have a bipartisan Colorado solution to implement the Affordable Care Act.”

It's useful to recall the bipartisan support for the new health insurance exchange when it was passed in 2011 today, since Republicans are doing their level best to portray inevitable startup glitches as catastrophic failures. FOX 31's Eli Stokols reports:

While opponents of the Affordable Care Act, President Obama’s landmark health care reform law, viewed the news as evidence the law isn’t ready for primetime, backers of the law argued that the high demand, which they blame for overwhelming computer servers, shows that the law is actually quite popular. [Pols emphasis]

In Colorado, it's undeniably a bipartisan success–even if Republicans who helped create the exchange in Colorado would probably rather not take credit for that today. Remember, today is only the first day the exchange is live for the public to see. Insurance purchased through the exchange takes effect on January 1st of next year, and Coloradans have until December 15th to sign up. Today's startup glitches will get worked out, and we expect there will be a day soon when Rep. Amy Stephens will be delighted to refer to Connect for Health Colorado by its once-derisive name "Amycare."