TUESDAY UPDATE: We received this response from Mason Tvert, one of the principal organizers of the Amendment 64 campaign, denouncing Robert Corry's Proposition AA antics:

My name is Mason Tvert, I was one of the two official proponents of Amendment 64, and I co-directed the campaign in support of the initiative. Rob Corry has repeatedly exaggerated his role in the drafting of Amendment 64 and the Yes on 64 campaign, and to point to him as an example of the campaign being hypocritical is unfair.

The two primary drafters of the initiative, Brian Vicente (who was also a proponent and campaign co-directr) and Steve Fox, are supporting Prop. AA, as am I and my current organization, the Marijuana Policy Project, which was the largest financial backer of the Yes on 64 campaign. It is also worth noting that Rob Corry is hardly representative of the "marijuana industry," whereas the Medical Marijuana Industry Group is by definition representative of the industry – and it is fully in support of Prop. AA.

If Corry really doesn't speak for the pro-Amendment 64 campaign, we're delighted to stand corrected–and we hope media outlets will make this distinction in the future as well. 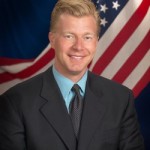 Those opposing a marijuana sales tax ballot question are looking to replicate a successful campaign event in Denver by handing out free joints at 11 a.m. Monday on Boulder's Pearl Street Mall…

“Boulder has been victimized by floods,” said Rob Corry, who helped organize the event and hopes to defeat Proposition AA, a statewide pot tax measure. “We want to bring some flood relief to folks.”

…Corry, who helped draft Amendment 64, [Pols emphasis] which legalized the sale of recreational pot to adults, called it the biggest tax increase in state history. He said it would create a “dysfunctional” market.

Robert Corry, longtime local pro-marijuana attorney and sometime associate of the right-wing Independence Institute, was indeed a major supporter of Amendment 64. Amendment 64, in turn, was sold to the public as a revenue-generating measure in addition to saner criminal justice policy. Don't take our word for it, here's how they said it themselves:

Bottom line: the only difference between the revenue measure Amendment 64 Corry wrote and sold the public on in 2012, and Proposition AA, is a 5-10% additional sales tax. The fifteen percent excise tax on retail marijuana, as well as the 2.9% sales tax all goods sold in Colorado are taxed at, were benefits that Corry and friends promoted with when the initiative passed last fall. If Proposition AA fails, it's unclear what might happen–some say Proposition AA was forced by the language in Amendment 64 not being in compliance with the Taxpayer's Bill of Rights, others insist to us that the legislature could pass under the authority granted in Amendment 64 the 15% excise tax without Proposition AA.

Either way, marijuana legalization was sold to the public as a way to generate revenue for education, promising to "regulate marijuana like alcohol." Alcohol, tobacco, and other such vices are subjected to much higher taxes than other products. It would be absurd for marijuana to not be similarly taxed to other such vices. For Robert Corry to turn around and try to kill the taxes that resulted in many "yes" votes on Amendment 64 is exactly the bad faith outgoing Senate President John Morse warned of when he tried to link passage of these taxes to allowing retail marijuana stores to open in January. You'll recall this was the short-lived legislation which prompted the Marijuana Policy Project to attack Morse, an attack that was eagerly served up by opportunistic Republicans to liberal voters in Morse's district. As you can see today, Morse was right.

And if the marijuana industry wants to show responsibility instead of looking like a bunch of untrustworthy freeloaders, they'll drop Corry and his disreputable antics like a hot brick.