A helicopter surveillance mission Saturday carrying Hickenlooper and members of Colorado's congressional delegation was diverted twice to pick up people waving to be rescued.

After the officials' delayed arrival at a Boulder airport, U.S. Sen. Mark Udall promised a bipartisan push in Congress for federal aid for flood recovery. "That dog and the cat and those seven people on those two helicopters didn't ask us whether we were Democrats or Republicans," Udall said. [Pols emphasis] 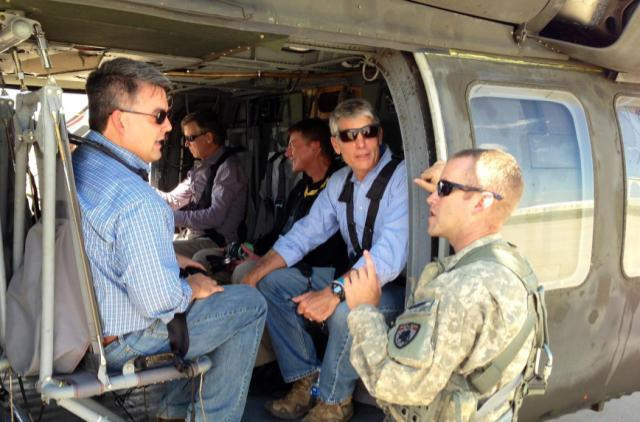 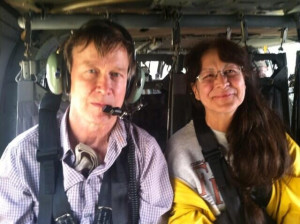 As a testament to the destruction and, in some places, still very dangerous situation in the state, the two National Guard helicopters the dignitaries were aboard stopped twice to rescue stranded people during the tour, officials said. They eventually picked up six people a dog and a cat, dropping them off at an airport in Larimer County before returning to Boulder Municipal Airport.

Hickenlooper estimated the group saw 55 sections of roads and highways that were either partially or totally destroyed by flood waters. In some places there was little evidence a road had been there at all, with everything down to the road base washed away. Despite the monumental effort that will be required for Colorado and Boulder County to recover from the calamity, Hickenlooper voiced optimism that the state would bounce back.

More photos from today's bipartisan rescue mission after the jump. 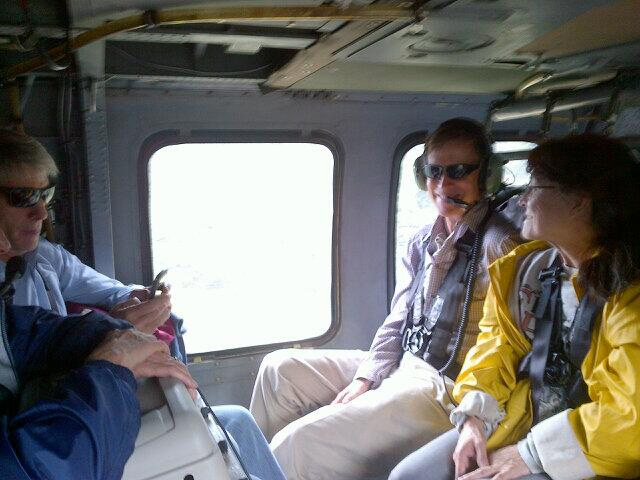 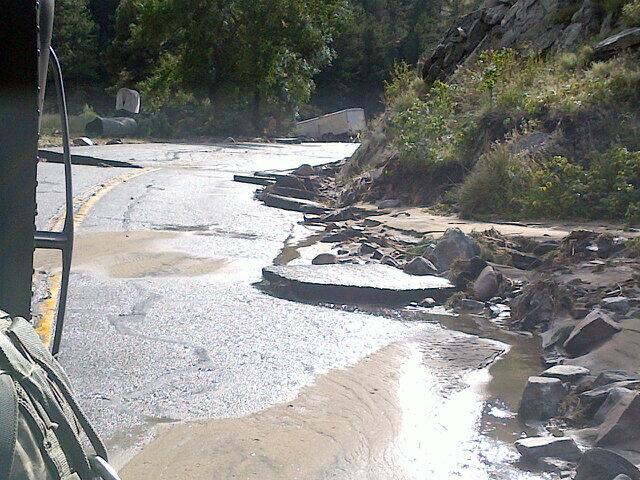 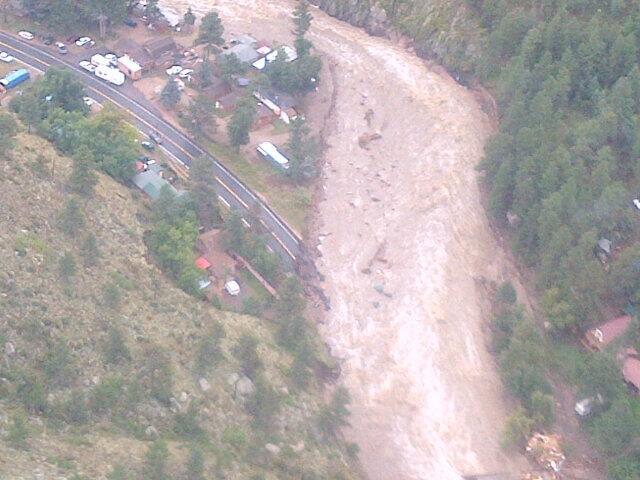 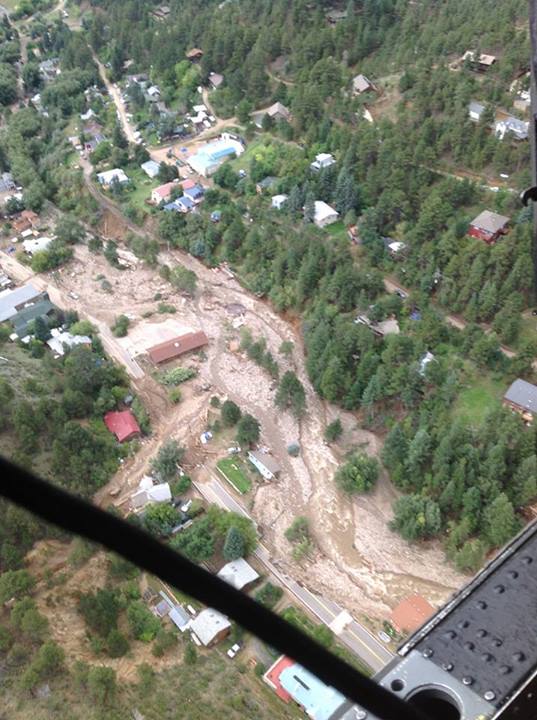 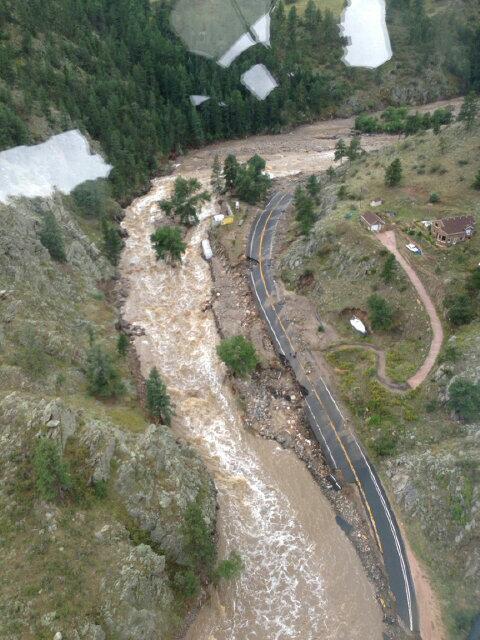 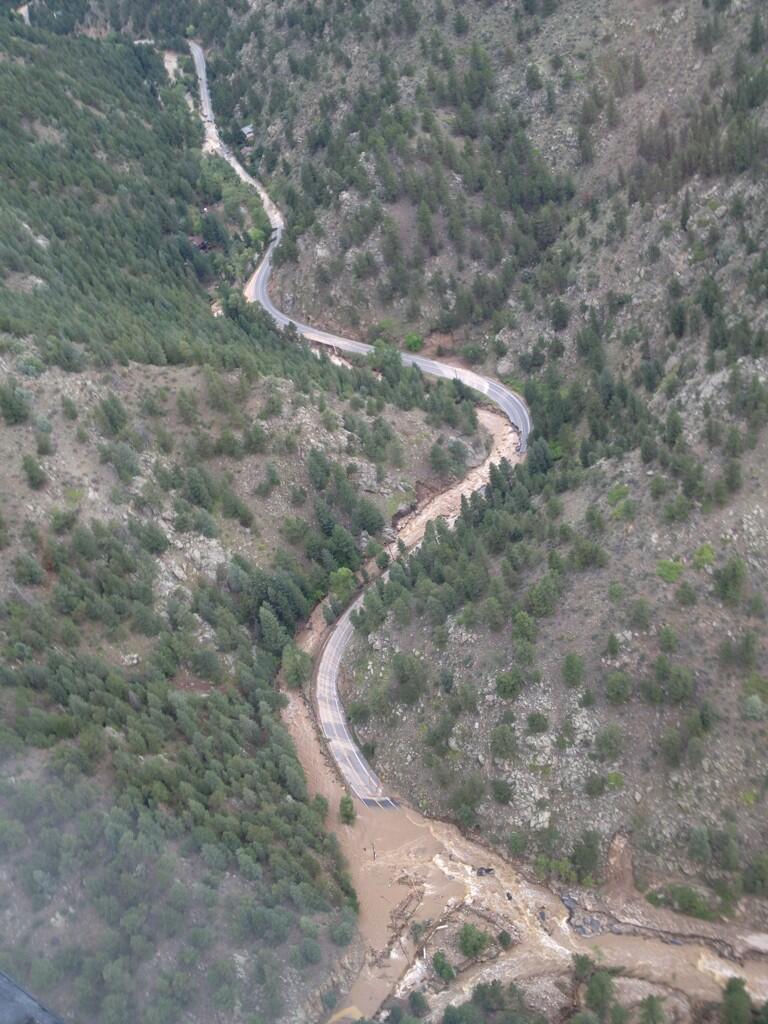 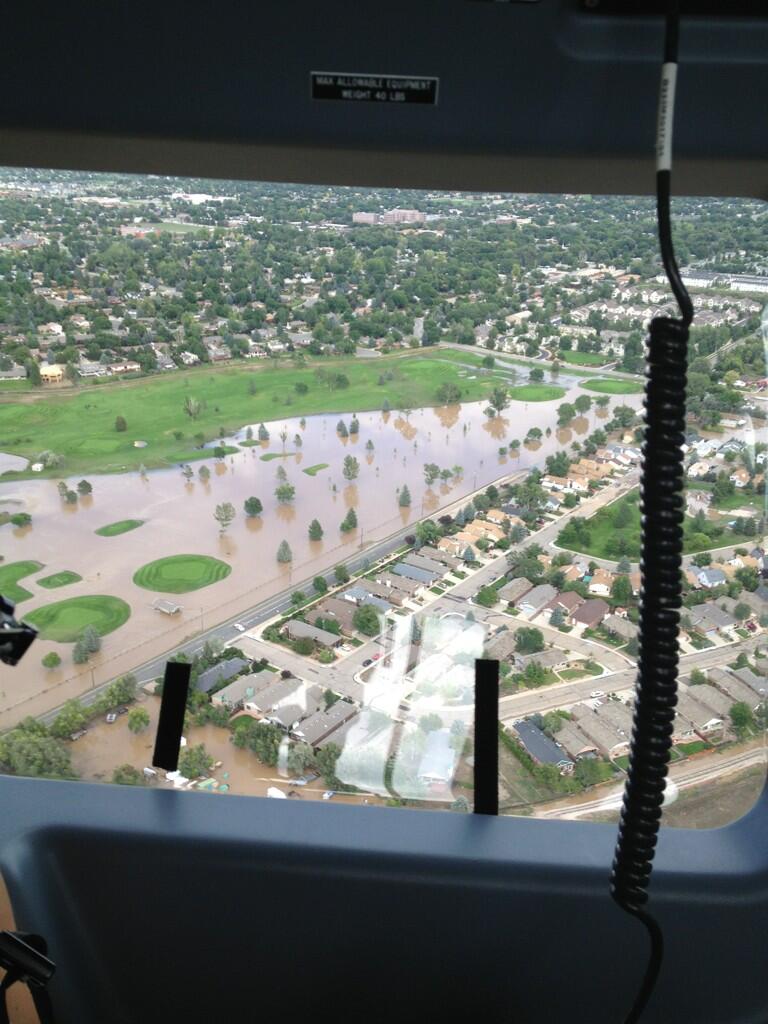