First As Tragedy, Then As Farce: GOP Chicken Follies Continue

UPDATE #3: For what it's worth, a new denunciation from Colorado GOP chairman Ryan Call:

.@RyanRCall: "@lorisaine's actions do not represent @cologop. They were insensitive and hurtful, and she must apologize for them." #COleg

You'll remember Call backpedaled his criticism of Sen. Vicki Marble, so don't take this as final or anything.

We are appalled at the insensitivities of Representatives Marble and Sain, intentional or otherwise, regarding issues of minority health and finances. Their comments and actions are reflective of the misunderstanding of the plight of minorities at large and by the silence from their constituencies appear to be reflective of a systemic stereotypical bias.

We vehemently oppose a task force formed in the supposed interest of Economic Opportunity Poverty Reduction with members who are neither sympathetic nor empathetic to the plight of those caught in the system of poverty. Such a task force is disingenuous and will ultimately be ineffective. Rather than being a spokesperson and legislative mascot for “Popeye’s,” we believe an apology is in order to those affected peoples of color, with a sincere commitment to advocate for their better health and well-being.

The 15 members of the Black Democratic Legislative Caucus of Colorado and the Colorado Democratic Latin@ Caucus denounced Rep. Lori Saine today for her fried-chicken “silent protest” defense of Sen. Vicki Marble, who outraged many Coloradans with remarks stereotyping African-Americans, Hispanics and their diets.

A joint statement from the two caucuses reads:

“There is no doubt about Rep. Lori Saine’s conduct. It was deliberate and malicious. Her mocking, taunting attitude proves that she is out of touch with racial concerns in our society and our state. [Pols emphasis] Her actions were unacceptable. We call on the leaders of the legislative Republicans, the leadership of the Colorado Republican Party and even Sen. Vicki Marble to denounce Rep. Saine’s deeply offensive behavior. It’s time for GOP leadership to lead and show they don’t tolerate these types of behavior.

“This behavior has to stop. We cannot allow out-of-touch, out-of-date actions to distract us from the real work of tackling the daunting problems of poverty in Colorado.” 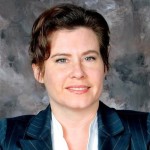 Two weeks ago, the last meeting of a Colorado task force on economic opportunity and poverty exploded into allegations of racism when Sen. Vicki Marble, a Republican, attempted to explain high poverty rates among African Americans by talking about chicken.

Those comments drew a strong rebuke from Rep. Rhonda Fields, an African American lawmaker, and all but the most extreme Colorado Republicans distanced themselves from Marble, R-Fort Collins.

So on Wednesday, when the task force met for the first time since the Aug. 21 hearing, a box of Popeye’s fried chicken placed conspicuously on Rep. Lori Saine’s desk inside the senate committee room drew the attention of several lawmakers and observers in the room.

One witness heard Saine, who represents District 63 in Weld and Morgan counties, telling Marble that she brought the chicken in ‘silent protest’ of the uproar caused by Marble’s comments last month.

So the first thought you'll naturally have after reading that is "Oh my God, seriously?" And the answer is yes: rather than allowing the most embarrassing episode of brain-dead racial insensitivity in Colorado politics in years to fade away quietly, Republican Rep. Lori Saine of Dacono keeps the story alive with her "silent protest." That alone is a stunning act of political cluelessness, but as FOX 31's Joseph continues, it gets even better:

For the next three minutes, I followed Saine throughout the Capitol as she walked in a circle through the rotunda and back to the elevators, then down to the basement, and through the cafeteria until she left the building.

Repeatedly, she refused to say anything other than, “I’ve made my statement.” [Pols emphasis]

We've posted the unedited video of this reporter following Rep. Saine around the Capitol, trying to get some kind of justification for her self-described "silent protest" after the jump. It should go without saying that if you're going to follow up a major controversy with a stunt like this, you'd better be able to explain it. This bizarre spectacle, especially without explanation, doesn't so much "make a statement" as it makes a joke out of the offense taken by so many to Sen. Vicki Marble's rambling monologue about "the black race" and chicken two weeks ago.

The most charitable explanation is mindless spite, and the other possibility is quite a bit worse.