I emailed Kerns to find out the origins of the "Chicago ballots" rumor. "I went down to Pueblo yesterday (the site of the other recall), and lo and behold there in this small town is an operative from OFA in Chicago," she wrote. "In this town of Pueblo! Parked right out front of the Democrat Party headquarters is his car, with (Chicago) Illinios license plates. There is another gentleman with him, also from OFA, also from Chicago. I took photos and video and talked to them. Now what in the world is someone from OFA in Chicago doing in the small town of Pueblo, Colorado?"

Can they just bring back the spokesman who called Democrats "c-words?" He may have been better at this. 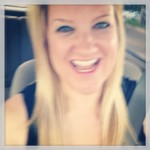 A spokesperson for the Basic Freedom Defense Fund, the NRA-backed group behind an effort to recall two Colorado Democratic state senators over their votes for stronger gun laws, baselessly claimed on NRA News that the campaign of recall-targeted Senate President John Morse was plotting to commit "massive amounts of voter fraud including ballots possibly even being mailed in from Chicago." [Pols emphasis]

Reacting to an August 12 court decision which will necessitate that the recall election be conducted with polling centers instead of solely through mail-in ballots, BFDF spokesperson Jennifer Kerns said the change could stymie what she described as a plot by Chicago-based groups hired by Morse's campaign to commit voter fraud by sending in fraudulent ballots from out of state…

Kerns added, "I think it's much harder for the Democrats to cheat if they have to do it in person. They have to spend their time and treasure busing people in to try to commit fraud."

Ballots "mailed in from Chicago?" We don't think even in the wildest speculative GOP fretting about House Bill 1303, the Voter Access and Modernized Elections Act, that something this ridiculous was ever suggested. It's just laughable, folks. It wouldn't even merit a response if it wasn't coming from the spokesperson for the biggest show in Colorado politics today–the campaign to recall Senate President John Morse.

We suppose we should not be surprised by this, but we are. There's simply no justification for this. We, along with the legitimate press and the voting public, need to come to grips with the depth of ludicrous prattle these recalls are descending to–fully detached from reality. And as for California-imported recall spokesperson Jennifer Kerns, no reputable journalist should consider her a credible source of information ever again.

That's how it used to be before crazy went "mainstream."