Jaxine's Claim "by Affidavit of Obligation," described as "A USSEC Tracer Flag Not a Point of Law," names Jeff Hays, Ryan Call, Paul Paradis, Bernie Herpin, and Kit Roupe as "Debtors," and claims the aforementioned are, "Using their labor and works to intimidate, slander, libel and defame (Jaxine) by way of stolen and pirated copyrighted materials (Book)." The claim is notarized by EmilyAnne Witt, verifying Jaxine's identity, and witnessed by Kyndra Slater-Cleaver and Patrick Mitchell. In her claim, Jaxine demands an immediate down payment of one million dollars from the above-named "Debtors," with the remainder of $54,000,000 (treble damages for a "claim of harm upon a woman") to be turned over within 90 days.

And that's where it gets weird…

Continue reading to learn who's advising Jaxine in her legal claim, and why he may believe Colorado doesn't exist. 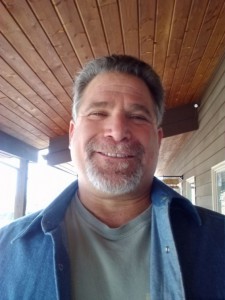 A request for comment from Ms. Bubis was rebuffed with instruction to contact "Marc," who she described as, "my legal counsel." Upon reaching Marc–who was very friendly and polite–he did not wish to give his surname, but confirmed by phone that he advised Jaxine in her claim against several parties for the illegal downloading of "Beantown Heat" and alleged use of this e-book for illegal purposes. I asked Marc if he was aware that Jaxine's claim resembled templates used by members of the sovereign citizens movement. Marc vocally disavowed any agreement with sovereign citizenship (a fringe movement described by the FBI as associated with domestic terrorism). Marc also clarified that he is acting as Jaxine's legal counsel, but is not an attorney and has no formal legal background.

A few casual Web searches revealed that the email address Marc gave me for himself on the phone matches one used by a "Marc Harris" on podcasting platform TalkShoe, where the person describing himself as Marc Harris also claims to own a website, OPPT Congress (One People's Public Trust Congress), which is currently not online. However, the grizzly bear avatar used by Marc Harris on TalkShoe, and the description of OPPT Congress, match a "Bereagun" on the OPPT Court Cases forum. Bereagun is also the username used to upload Jaxine's "exhibits" to MediaFire, and in those exhibits are emails from a Marc Kaplan using an email address, beareagun@inbox.com, also referenced by Bereagun of OPPT Court Cases. Put the two names together and you get Marc Harris Kaplan, a person named (via Justia) in 17 court cases, including as plaintiff in a dismissed case claiming "Conspiracy to Interfere with Civil Rights," which named John Hickenlooper among several defendants. The photo to the right is from an online dating profile for Bereagun, in which the profile owner describes himself thusly:

Let's see… I'm six foot tall (for real), built like a football player or lumberjack, strong hands from working in construction, well read because I study and write law briefs (helping people with a variety of issues and no I'm not an attorney), strong belief in justice (must come from being a Libra), hazel eyes which sparkle in candle light, can dance (4 years of dance school when I was a kid), protector type without the ego, nice smile which I use often, like music and theater on occasion (that goes for concerts too), good sex drive with a playful bent, great cook which I can prove anytime, not into delusions of grandeur. Divorced and single for 9 years, and have all my fingers and toes. No drugs, don't smoke anything, no disease or mental disabilities LOL How is that for a start? Lets meet and see if we are a match!

Again, Marc seems like a very nice guy. Heck, aren't there some available women in his age bracket on this blog? You should send him a message on OKCupid, if so. Another dating site profile described him as a biker with an available back seat, so you're in for a fun ride. No sarcasm. He was as nice and polite as can be on the phone, and it's only in order to expose the bizarre legal doctrine behind Jaxine's complaint that I've dug so far into his identity. But, with that being said, here's Bereagun agreeing that Colorado doesn't exist:

The "Slave System" appears to reference Colorado and US law, judging by Bereagun's commitment to transfer Colorado and Wyoming into a new common law system:

It's also worth noting that OPPT appears to believe (there is no evidence Bereagun agrees) that it has lawfully foreclosed on the "system of Corporate-Governmental Rule," freeing us all from the so-called Slave System. You can read a filing with which they "terminate the entire system" here. There's also an introduction manual for new OPPT-ins. If you feel so inclined, you can connect with the crew on Facebook.

(Update: Marc contacted me to clarify that, to his knowledge, Jaxine is not herself an OPPT member. She, of course, is still not commenting, and her $54 million "claim" is most certainly based on legal viewpoints and common law maxims often cited by OPPT members and others as superseding US law.)

Does Jaxine Bubis believe that Colorado doesn't exist, or that the government within which she campaigned for public office is a "slave system" that has been foreclosed upon through Universal Commerce Code filings? I don't know, because she won't tell me. Absent a comment from Jaxine, one can only presume that the legal counsel she authorized to speak for her represents her beliefs sufficiently, in her own estimation, to speak on her behalf.

Were the endorsers aware of Jaxine's association with members of OPPT, an organization which disavows the US government and espouses the superiority of a "common law" system when they endorsed her? If so, how do they square that with their support of her campaign for elected office in the "terminated" US government, which has been "foreclosed" by OPPT? Do any of the elected officials named above agree with OPPT's philosophies or associated with OPPT members themselves?

These questions, bizarre though they may be, are worth asking, especially in the cases of the two endorses now running against each other (and Ken Buck) for the opportunity to oppose Senator Mark Udall in 2014.

Although Jaxine's claim and criminal complaint specifically object to Ryan Call's refusal to support Bubis, even if she were on the ballot as a Republican in Morse's recall race, it isn't inconceivable that others on the RMGO-endorsed slate (the above endorsers list is also a pretty decent list of Dudley Brown's favorite elected officials) are also somewhat persona non grata with Chairman Call.

Jaxine's entire claim, criminal complaint, and supporting documentation may be reviewed here. It's worth reading. Every page is weirder than the last. A dossier of "exhibits," including a PDF version of my previous post about Jaxine's erotica hobby, was uploaded by "Bereagun" (believed to be Marc Harris Kaplan) to MediaFire. Due to the extraordinary nature of this document and the beliefs expressed within it, I have made every effort to verify all statements made here; however, I am not an attorney, and readers are strongly encouraged to review this documentation independently.