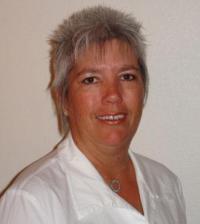 One of our front-page editors reported earlier this month on the story of Jaxine Bubis, Republican candidate in Colorado Senate District 11's upcoming recall election of Senate President John Morse. Bubis, though endorsed by numerous state legislators including Sen. Kent Lambert and GOP U.S. Senate candidate Owen Hill, saw her bid to run against Morse in September "torpedoed" (no jokes, please) after it was revealed by her GOP opponent that she has authored a number of works of rather explicit erotic fiction. Despite enjoying the support of many legislators she would serve with in the Colorado General Assembly and the powerful Rocky Mountain Gun Owners organization, Bubis lost a "quasi-primary" of El Paso County GOP insiders to former Colorado Springs City Councilor Bernie Herpin after her past writing career was revealed.

Moments ago, Jaxine Bubis posted a dramatic message to her Facebook wall lamenting that insider-driven selection process, and apologizing to the voters of Senate District 11 for not fighting on as a candidate:

I owe the voters of Senate District 11 a huge apology.

All the voters: Republican, Democrat and Unaffiliated.

When my SD11 campaign started, my mantra was that Your Voice Matters. The main refrain for the Recall Morse campaign (which I participated in) was that John Morse refused to listen to his constituents and told "his" senators not to listen to their constituents either. In effect, JohnMorse told the people of Colorado "Your Voice Doesn't Matter!"

But your voice does matter.

Yet, when I was pressured from all sides to submit to a primary process in which 50 Republicans would tell all the people of SD11 who they could vote for, I caved. [Pols emphasis]

I knew better. I knew it was not the right thing to do. I wanted the voters of SD11 to make that choice, not 50 Republicans. But the overwhelming message out there was that there could be only one Republican on the ballot.

But I did know better. And I didn't listen to my heart.

And I apologize. I'm sorry I didn't give you a chance for your voice to be heard.

Our understanding is that it's technically not too late for Bubis to get back into the SD-11 recall successor race, with seven days remaining for her to submit the required 1,000 signatures to reach the ballot. Realistically, that might not be an option–but it will be very interesting to see how Republicans who had endorsed Bubis, and the SD-11 Republican grassroots, react to these allegations of insider dealing and untoward pressure on her. The fact is, the number of candidates who might appear on the ballot to replace Morse has no bearing on the vote to recall him, which is a separate ballot question. So what was the purpose of this "quasi-primary" at all?

We'll update as this story develops–and we suspect it will.