At Long Last, Mark Udall Has a GOP Challenger…Sort Of 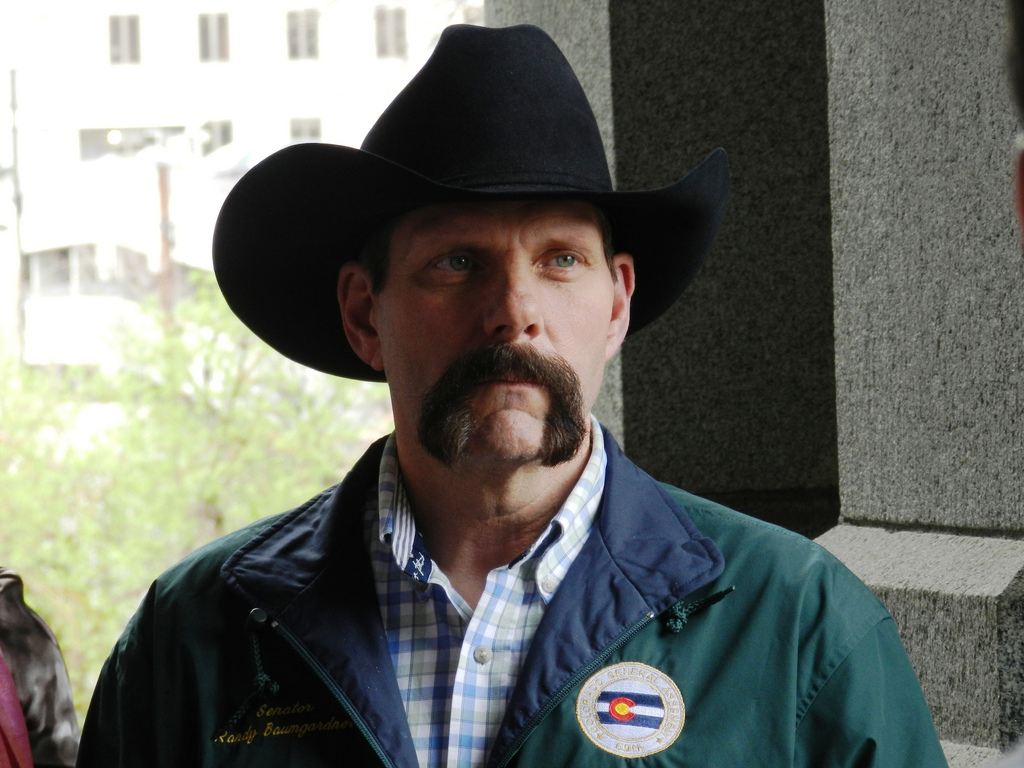 Baumgardner, known as the “Capitol Cowboy” at the Capitol, has been hinting that he planned to enter the race.

FOX31 Denver has had Baumgardner on its list of likely GOP Senate candidates for months; others considering a run, including state Rep. Amy Stephens of Monument and Sen. Owen Hill of Colorado Springs, are likely to announce their intentions in the coming weeks.

State Sen. Randy Baumgardner of Hot Sulphur Springs is perhaps most famous, excepting the powerful facial hair for which he is most famous, for his defeat of Sen. Jean White in the 2012 GOP primary for Senate District 8. White, a moderate Republican woman who had voted in favor of civil union legislation, was defeated in a bitter primary that saw much attention focused on morality issues–even after it was disclosed that Baumgardner was harboring a sex offender in his own home. More recently, Baumgardner claimed that "hammers kill more people than guns"–in fact, guns kill about 17 times the number of people that hammers do.

Bottom line: we can't even list all the reasons we seriously doubt that Baumgardner will be the GOP's U.S. Senate nominee. If by some chance he does win the nomination, that will be the clearest indication possible that Republicans have forfeited the race to incumbent Sen. Mark Udall–even to the abandonment of the name ID-building opportunity the race could represent for a young candidate like Owen Hill., or an upwardly mobile state legislative veteran like Amy Stephens. As great as it would be for Democrats, we have to believe Baumgardner's campaign won't last beyond the entry of someone–anyone–more credible.

In the meantime, he should make for a few entertaining news cycles.