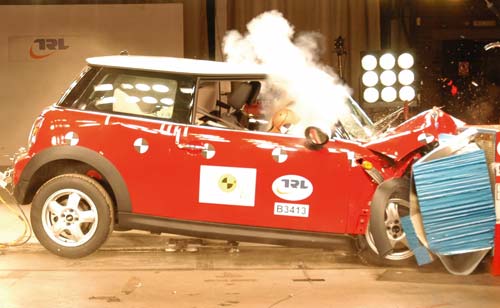 Who was driving this thing?

While it appears that Kennedy Enterprises directed its hired troops to collect enough signatures to survive review, it seems that whoever was in charge of drafting the petitions in the first place may have left out some pretty important language. As The Denver Post reports:

But before any recall election is solidified, Morse representatives now have a 15 day period to protest the validity of the signatures.

A Whole Lot of People for John Morse — the group backing the state senator — said Tuesday its challenge "would nullify the purported sufficiency of the signatures." They argue that the organizers failed to use proper language as defined by the Colorado constitution that requires petitions "expressly include a demand for the election of a successor to the recalled official."

"The constitution is clear, just as the courts are clear: no recall petition is valid without this specific language," said Mark Grueskin, an election lawyer who is representing a Morse constituent who filed the legal challenge with the secretary of state Tuesday.

Article 21, Section 1 of state statue says that recall petitions ask for "an election of the successor to the officer named in said petition."

There is certainly legal precedent behind this argument, which makes it harder for the anti-Morse campaign to explain why it didn't know what it was doing. In 2002, the Colorado Court of Appeals ruled that a municipal recall election was invalid for exactly this reason. If you're interested in the nitty gritty, use the Google and look up the awkwardly-titled "Combs v. Nowak, City Clerk of City of Central." Here's a brief summary of Combs v. Nowak:

In July 2000, the recall committee submitted petitions for the recall of two aldermen and the mayor of Central City. A citizen filed a protest to the petitions, claiming that the recall committee failed to include a demand for "an election of the successor to the officer named in said petition," as required by article XXI, section 1 of the Colorado Constitution. See also § 31-4-502(1)(a), C.R.S. 2001.

What's interesting in this case is not just the fact that the court rejected the recall signatures in their entirety — which it did — but that the courts never disputed the central argument in the Constitution that lawyers are now citing for the Morse case: that recall petitions must demand an election of a successor. The only dispute in 2002 was whether the municipality was subject to state recall laws, which clearly isn't an issue in a recall campaign for a state legislator. Should the state follow precedent and continue to abide by the Constitution as it was written and applied in the appeals court…then the recall efforts aimed at Sen. Morse and Sen. Angela Giron are probably toast.

Recall organizers and the people who bankrolled the signature gathering campaign very likely just blew two months of work because somebody didn't finish their required reading. That the Secretary of State's office failed to notice the omission means little; after all, it's not like they have experience with unprecedented recall elections. There's are many, many reasons why Colorado has never had a successful recall campaign of a state legislator. The details can kill you.

Maybe this was just a practice recall, and the real effort will be in 2014 (when Morse is term-limited anyway). At least they can't lose that one.