Good Luck With That, Ryan Call 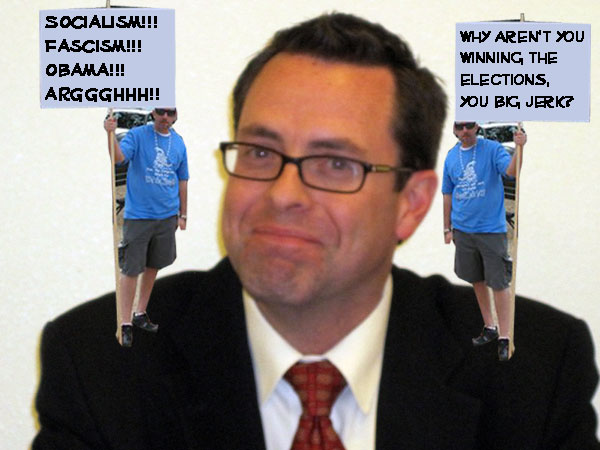 As the Durango Herald reported over the weekend, Republicans in Colorado are still looking for that elusive candidate to challenge either Democratic Gov. John Hickenlooper or Sen. Mark Udall. We've discussed many times in this space that Colorado Republicans are basically paralyzed under the vice grip of the Tea Party and the far-right; the only way to win a statewide election in Colorado is to run as a moderate, but the GOP can't get a moderate out of a primary. Perhaps both a cause and effect of this problem has left Republicans with quite literally nobody to turn to for help.

In that context, it's hard not to feel sorry for Colorado Republican Party Chair Ryan Call, who can't do much anymore but just admit that the GOP has no bench. From the Durango Herald:

Republicans have whispered about a handful of possible candidates – including two prominent Four Corners politicians – but the party appears to be running into trouble fielding top-tier candidates for these races. Political scientists and strategists say this is just the latest edition of troubles that have dogged the party for the last 10 years…

…The Colorado Republican Party is down but not out, state chairman Call said.

“There’s no question that the bench, if you will, of candidates has suffered as a result of election losses in the past,” Call said. [Pols emphasis]

Call is correct, but it's more than that — even Republicans who have won recent elections (such as Rep. Cory Gardner) aren't really part of a bench that could succeed statewide. Republicans, and Call, know what they don't need.But they still have to square that with a Tea Party crowd doesn't agree about much of anything, even amongst themselves.

Colorado Pols readers have heard this all before, of course, but it's pretty incredible to see the State Party Chair basically admit that Republicans have no bench. The truth shall set you free, or something.