John Kellner for AG: Bad on Crime AND Indifferent to Laws

Judicial District 18’s increases in crimes against property and sex offenses were also higher than the state’s, though the increased percentage of motor vehicle theft was lower.

“Indifference to election rules should call into question Mr. Kellner’s ability to fulfill the duties of the office he is seeking.”

Republican John Kellner is running to be Colorado’s Attorney General despite only being elected as the District Attorney in JD-18 (Arapahoe, Douglas counties) in 2020. You could make a solid argument against Kellner based on the distasteful fact that he is seeking higher office without even getting halfway through his first term as DA, and you wouldn’t be incorrect.

But Kellner’s happy feet might also be emblematic of more troubling issues: Kellner is not doing particularly well at his current job and doesn’t seem to have much of an interest in following laws that apply to his own campaign.

As we noted earlier this week, Kellner has been saying for months that he is the solution to rising crime (which is not just a Colorado problem, of course, but that’s a different story). Kellner inaccurately blames incumbent Democratic Attorney General Phil Weiser for rising crime in Colorado. He focuses on motor vehicle theft because the numbers show that crime rates are actually significantly higher in JD-18. 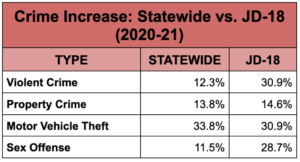 But this isn’t the only trouble Kellner has run into while running for Attorney General. Check out this headline on Thursday from The Colorado Springs Gazette:

As Marianne Goodland reports for the Gazette:

No attorney general or candidate for that office has more than one complaint in the 22 years TRACER, the campaign finance database run by the Colorado Secretary of State’s Office, system has tracked those complaint. [Pols emphasis] 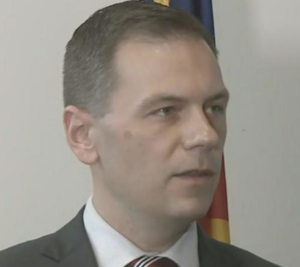 Kellner supporters will argue that all three complaints came from the same place, but that doesn’t mean they aren’t valid. The third complaint is similar to the first two complaints, filed in May and July, that were both ruled to be legitimate campaign violations that Kellner’s campaign was allowed to fix.

The bigger picture here is that Kellner keeps violating the law yet wants Colorado voters to elect him to be the chief law enforcement officer in Colorado.

Kellner’s campaign did not respond to a request for comment.

The repeated violations raise questions about Kellner’s ability to follow the law, according to Bruce Brown, an attorney in Idaho Springs and the former district attorney for the Fifth Judicial District. [Pols emphasis]

“Colorado campaign finance rules serve an important role in assuring voters obtain transparent and timely information. A candidate for a law enforcement leadership position, such as attorney general, should and is held to a higher standard given the need to set the best possible leadership example for the rule of law,” he said. “Indifference to election rules should call into question Mr. Kellner’s ability to fulfill the duties of the office he is seeking, since an attorney general has a legal duty to assist in the conduct of fair elections.”

John Kellner wants to be Colorado’s next Attorney General, despite the fact that crime rates are WORSE in his current judicial district and he is setting new records for breaking campaign finance laws. Oh, and Kellner also supported the Supreme Court’s Dobbs decision that overturned Roe v. Wade.

Perhaps we’re asking the wrong question here. Instead of debating whether Kellner is qualified to be Attorney General, we should probably start asking why Kellner is a District Attorney right now.