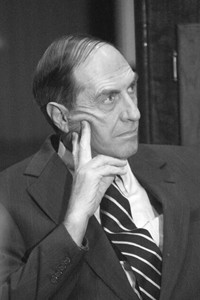 In the last few days, it’s gone from bad to worse for the nominally safe GOP incumbent Rep. Doug Lamborn of Colorado Springs. Under what has become intense pressure from a surprisingly determined and well-funded challenger in Robert Blaha, Lamborn may be beginning to make panic-driven mistakes–mistakes that reveal his pre-existing weaknesses, and help explain why his political career may be headed toward an untimely end.

Ever since Lamborn won a brutal multi-candidate primary to succeed the retiring Rep. Joel Hefley back in 2006, he has amply demonstrated his lack of many of Hefley’s assets. Compared to Joel Hefley, Lamborn is witless and inane. Lamborn’s stage presence is terrible, more like a whiny kid than a statesman. Lamborn’s current challenger has made much of the failure of Lamborn to pass any legislation during his congressional career. Despite the fact that Lamborn has voted with his caucus with puppy dog-like devotion, the man just hasn’t done anything to endear himself to his constituents. Lamborn is ideologically one of them, but he’s not a leader.

So when Lamborn declared in an interview with the Colorado Springs paper that he has “gone beyond” Rep. Hefley’s legacy, Hefley had every right, perhaps even an honor-bound obligation, to come out of obscurity and remind us that this “knucklehead” is no Joel Hefley. Hefley left Congress after an ethics showdown with soon-to-be disgraced Rep. Tom DeLay, in which Hefley’s integrity and value were demonstrated to Republicans and Democrats alike. Lamborn comparing himself to Hefley only serves as a reminder of Lamborn’s inadequacy.

But it gets even better: reports John Schroyer most recently, Lamborn was sufficiently upset with the handling of this interview, in particular the “misquote” about Hefley that led to the worst of his embarrassment, that he called other GOP candidates and cajoled them into canceling similar interviews! Unfortunately, at least one such call was placed to the wrong number:

Audio now being eagerly distributed by Blaha’s campaign, as it conveys our aforementioned points about Lamborn’s witlessness more or less perfectly. The fact is, this is all probably happening too late to have a major effect on next week’s primary–if Blaha is going to win next Tuesday, he’s already laid the ground work to make that happen.

It’s more a lesson in why Lamborn, on an objective, nonpartisan level, deserves it.