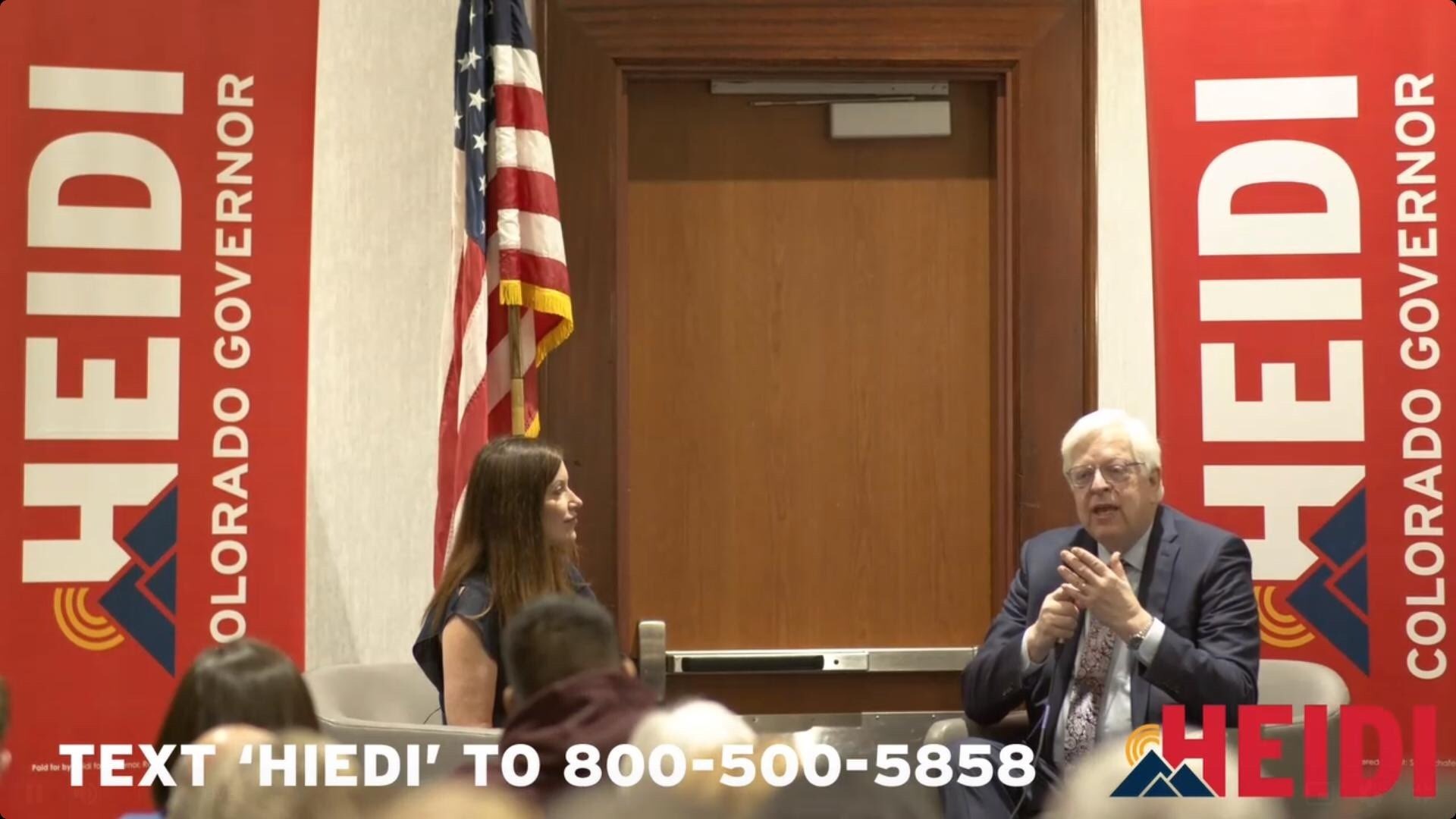 Dennis Prager has some views on the “She Factor.”

Last October, as readers will remember, newly-minted Colorado GOP gubernatorial candidate Heidi Ganahl brought in nationally-known conservative commentator Dennis Prager for a town hall-type discussion in Colorado Springs. Although it probably helped Ganahl in the Republican primary, Prager’s visit was an early indicator that Ganahl is a dedicated conservative ideologue with no intentions of running to the center at any point in the race.

And then, Prager made a bloody ass of himself by calling child vaccination “child abuse” and causing a COVID-19 scare after bragging on stage about trying to get infected–and then, sure enough, getting infected right after appearing with Ganahl in Colorado Springs. Prager’s infection after flippant disregard for the risk wound up being an embarrassing coda to Prager’s visit that received more press coverage than the visit itself.

In the months since Prager’s appearance in Colorado with Ganahl, Ganahl won the Republican primary and now faces the state’s left-leaning majority with a long train of baggage Ganahl saddled herself with in the process–of which Dennis Prager is just one bullet point. But this week, Prager put himself back in the headlines with a new opinion piece that we strongly suspect Ganahl is not going to want to defend: 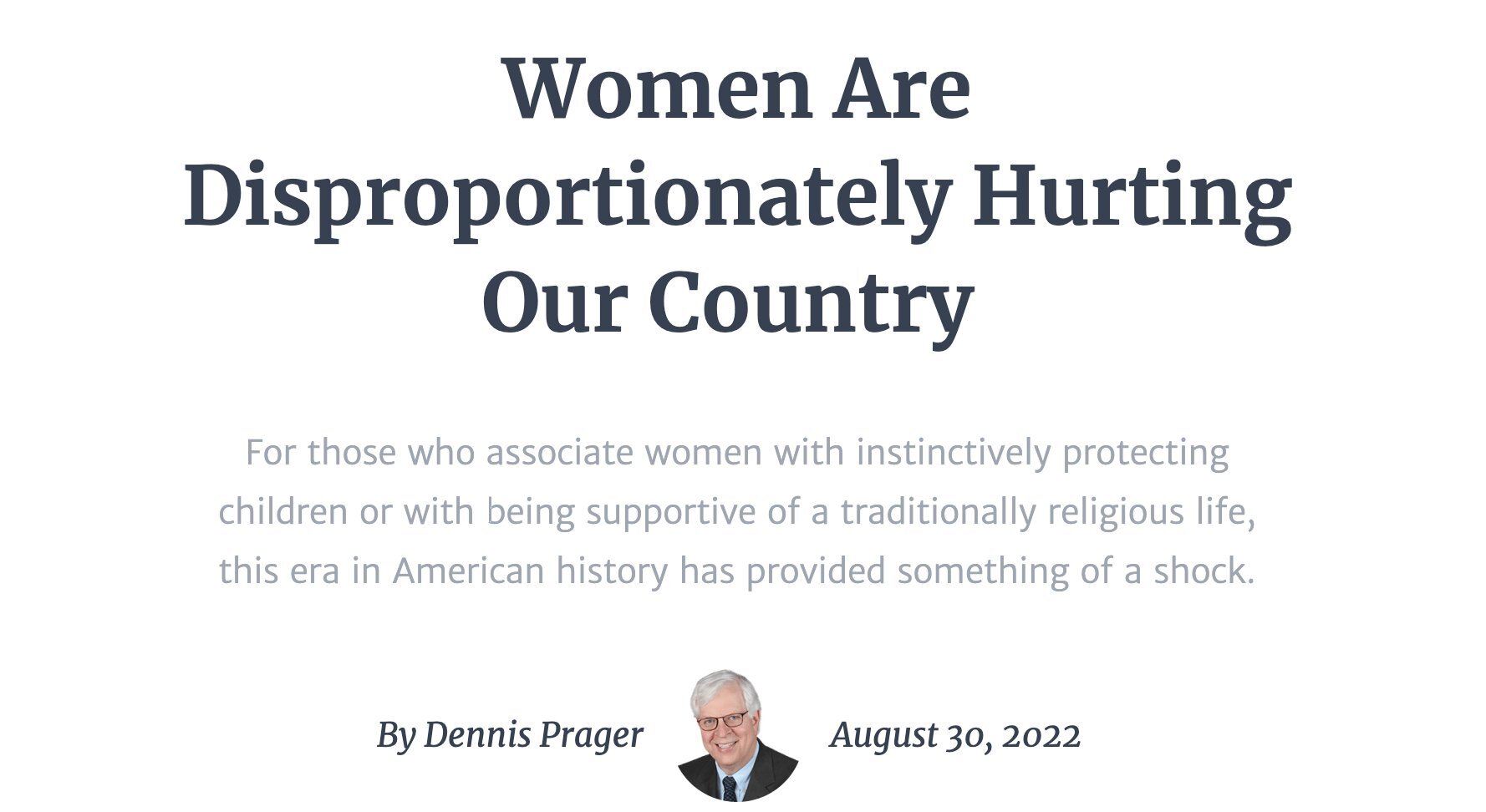 [I]t should be obvious that at least two generations of parents — especially among the well-educated — did not teach many of their daughters to control their emotions and think rationally.

The result is that women are disproportionately active in doing damage to our society.

The most obvious example is education. American schools teach less and indoctrinate more than ever before. Big-city public (and most private) schools are damaging young Americans to an extent and in ways no one imagined just a few years ago. Young children are prematurely sexualized — they are, for example, exposed to “Drag Queen Story Hour” in class and in local libraries from the age of 5. These feature a man dressed as a woman reading and dancing for them.

One the one hand, Prager is making claims about public education that are very similar to what Ganahl has argued herself–from misleading stats about Colorado kids’ reading and math proficiency to vowing to fight against rights for transgender people.

On the other hand, Prager just blamed women for literally everything he perceives to be wrong with society. What is the founder of “SheFactor,” which Ganahl calls “a movement founded by women for women,” supposed to do with that?

Hope like hell no one remembers, we guess. But it’s our job to.