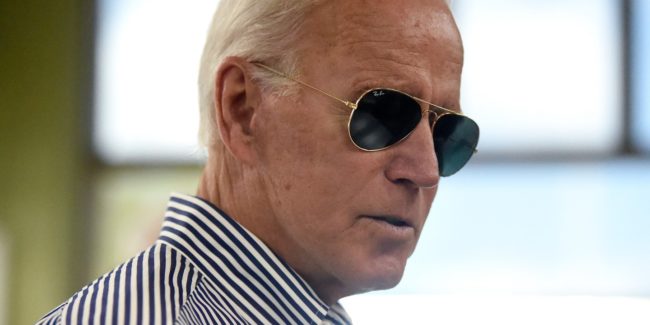 “Terrorists your game is through, ’cause now you have to answer to…”

As the Washington Post reports, though if you’re not living in a cave in…well, Afghanistan, you probably already know:

The United States has killed Ayman al-Zawahiri, the leader of al-Qaeda and one of the world’s most-wanted terrorists, who, alongside the group’s founder, Osama bin Laden, oversaw the attacks of Sept. 11, 2001, President Biden announced Monday evening.

Zawahiri was killed in a CIA drone strike in Kabul over the weekend, according to U.S. officials who spoke on the condition of anonymity to discuss sensitive intelligence.

When U.S. forces withdrew from Afghanistan last August, Biden administration officials said they would retain capability for “over-the-horizon” attacks from elsewhere on terrorist forces inside Afghanistan. The attack against Zawahiri is the first known counterterrorism strike there since the withdrawal.

The precision droning of Al Qaeda leader and major player in the September 11, 2001 terror attacks Ayman Al-Zawahiri in downtown Kabul, Afghanistan is a huge foreign policy coup for the Biden administration, so much that not even Rep. Lauren Boebert could attach any of her trademark vitriol to her congratulations–though she of course didn’t mention President Joe Biden by name:

Amman Al Zawhiri’s death is undoubtedly a win for the world.

This truly evil man can do no more harm to anyone.

Along with an apparent resolution of Joe Manchin’s singlehanded obstruction of President Biden’s agenda and the recent passage of bipartisan legislation to boost semiconductor manufacturing, you can file the killing of the leader of Al Qaeda as another positive political development for Biden and by extension Democrats up for election in this November’s midterms. That means you can expect any bipartisan praise for this action to be terse and fleeting–and in a few days Republicans will pretend it scarcely happened at all.

But it did happen. For a few hours, politics ended at the water’s edge like they’re supposed to.