The Problem With Promising Big Tax Cuts (The “Heidi Hole”) 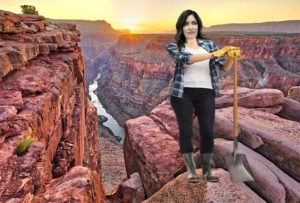 Regular readers of Colorado Pols know that we’ve long been critical of politicians who promise to make big cuts to taxes and/or government spending without offering a logical explanation for how they would balance out budget items for other necessary public functions. The problem is simple: If you remove a significant portion of revenue, what happens to the programs and policies that were being funded by that money?

It’s usually Republicans campaigning for a first major office who make these election-year promises, and their explanations are often ludicrously vague. They’ll say something like, There is plenty of money in government coffers; we just need to trim the fat and prioritize better. It’s as if they want you to believe that there is a giant pile of gold sitting in the basement of the State Capitol that officials are hoarding and refusing to tap into.

The Colorado Sun’s “Unaffiliated” newsletter digs into this conundrum for Republican gubernatorial candidate Heidi Ganahl today, and it’s clear that the candidate herself has absolutely no idea how to make the math work. You really should read the entire story yourself, but here’s the gist of Ganahl’s story problem:

Heidi Ganahl, the Republican gubernatorial nominee, is campaigning on a bold promise to eliminate Colorado’s 4.55% individual income tax, the largest source of revenue for the state’s general fund, during her first four-year term.

But Ganahl, a University of Colorado regent and the only remaining Republican in statewide elected office, hasn’t explained how she plans to eliminate Colorado’s income tax without dramatically affecting the state’s budget, nearly one-third of which was made up of income tax dollars in the 2020-21 fiscal year.

Ganahl would either have to slash programs and services to make up for the lost revenue — likely including education funding — or find billions of dollars elsewhere by trying to hike other taxes or enacting new fees.

“It’s doable,” she said last month without offering detailed plans on how she would do it. “It’s not going to happen overnight.” [Pols emphasis]

As the “Unaffiliated” explains, income taxes in Colorado account for more than 60% of the state’s general fund revenue, or about $9.5 BILLION dollars. To put that in perspective, the most recent state budget allocated more than $5 billion for base spending on K-12 public education.

“Conservatives have mostly avoided calls to eliminate the income tax, which has been around since 1937, because no one has presented a feasible way to do it.”

Ganahl would have to find a way to eliminate the income tax without breaking state government.

Michael Fields, a conservative fiscal policy activist who has been pushing for incremental income tax rate cuts, said it wouldn’t be feasible to eliminate the state’s income tax overnight. [Pols emphasis] “You would definitely have to fill in a lot of that revenue with some other source,” he said.

Has Ganahl even considered the mechanics of her “say anything to get elected” platform? 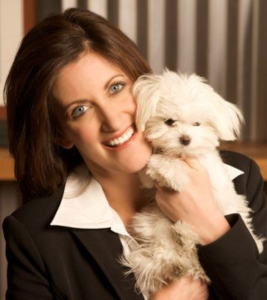 Ganahl’s spokesperson, Lexi Swearingen, tells The Colorado Sun, “We have a policy team working on it” and pledges that the campaign will explain the specifics of her plan later this summer. In other words, Ganahl has been saying for months that she plans to eliminate the income tax…but she hasn’t actually considered how that might even work.

But wait…the “Heidi Hole” in Colorado’s budget is even bigger than this.

Ganahl has also been saying on the campaign trail that she plans to cut the gas tax in half if elected Governor. In Fiscal Year 2019-20, the gas tax brought in $624.5 million, used primarily for road and infrastructure improvements.

All told, eliminating the income tax AND half of the gas tax would create a budgetary “Heidi Hole” of more than $10 billion in the first year alone. That’s much too big a hole to fill up with rhetoric alone.

The Colorado Sun is not the first to question Ganahl’s tax cut promises — Colorado Public Radio’s Ryan Warner gave Ganahl plenty of chances to explain her ill-planned proposals in an interview in June:

WARNER: You have called for two big changes in state finances. You promised to eliminate the state income tax, which you would phase out during your four-year term, and you vowed to cut the state gas tax in half. You’ve said you can do that and still build roads and provide other services. The state income tax brings in about $9 billion a year, and the gas tax raises $600 million a year. What would you cut to make up for that loss of revenue?

GANAHL: Government has grown too much. I think one of the most important things we can do is reduce the size of our bureaucracies, our agencies, and put decision-making over people’s lives, businesses and families back in the hands of Coloradans. I think that we can attack fraud and waste and also look at the return on investment in the dollars that we are spending.

Later in that same interview, Warner tries again. “I hear you talking about growth and oversight and regulation,” he says. “I don’t hear where you would get $9 billion and another $600 million in savings.” Ganahl’s response is to just restate what she said earlier.

Perhaps reporters could ask Ganahl for clarification today as she holds her first event with her Lieutenant Governor pick, Danny Moore.

In short, Ganahl’s tax cut promises are about as plausible as pledging to relocate the State Capitol to the moon. In fact, at this point she might as well just start telling supporters that she will cut ALL of their taxes and provide each Colorado family with a new puppy if elected.

Unserious candidates make unserious promises. Thus has it always been, and thus shall it ever be.