Larry Crowder’s Truth Is Marching On 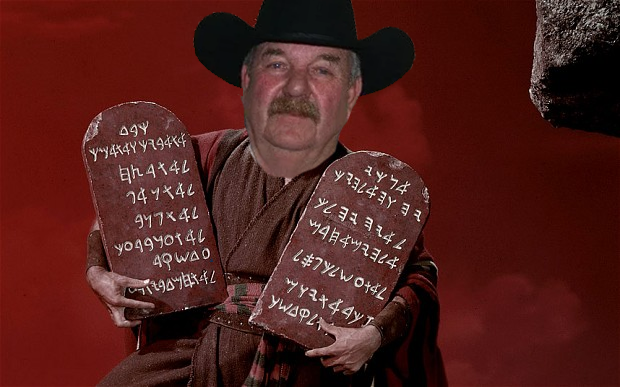 Former state Sen. Larry Crowder of Alamosa, on a sugar high following the Supreme Court’s overturning of Roe v. Wade with the nod from Justice Clarence Thomas for society to “reconsider” all kinds of personal freedom precedents, is calling for the Ten Commandments to be posted publicly at area universities:

It probably won’t be Alamosa or Trinidad, but the test case to roll back this particular separation of church and state is coming from somewhere. Displaying the Ten Commandments in a public school setting was declared unconstitutional in the 1980 Stone v. Graham decision, but as we know today there’s no such thing as “settled law” with Donald Trump’s Supreme Court.

All we can say is, remember the Sabbath–and stash those graven images.