Republicans Instructed Not to Talk About Abortion

If you’ve been following the reaction to the news that Roe v. Wade is likely about to be overturned, you might have noticed a consistent narrative from Republicans that has nothing to do with abortion at all. Here’s a good example from Arkansas Republican Attorney General Leslie Rutledge:

Arkansas GOP Attorney General (and candidate for lieutenant governor) Leslie Rutledge says the leaker(s) of the draft decision overturning Roe is “no different than those who wished to tear down our Capitol on January 6.” pic.twitter.com/wUByEuvSWc

Let’s ignore the lunacy of this argument — that leaking a draft decision from the Supreme Court is comparable to the Jan. 6 insurrection — because the more important part is what Rutledge is NOT saying. She and other Republicans are largely going out of their way to avoid even talking about abortion, which is a bit odd considering that overturning Roe v. Wade would be a YUGE victory for the GOP base. 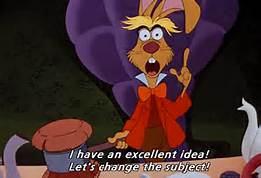 Republican leaders don’t want to talk about abortion, at all, because they know that the majority of Americans do not agree with overturning Roe v. Wade. Just last week, a poll from The Washington Post and ABC News found that voters support maintaining abortion rights by a 2-to-1 margin.

As Axios first reported on Tuesday, a memo from the National Republican Senatorial Committee (NRSC) makes it explicitly clear that Republicans should focus on the “leak” and ignore the impact of a pending SCOTUS decision on abortion rights. Here’s the first “sample statement” suggested by the NRSC (click here to read the NRSC memo in its entirety):

“This is a draft opinion, so we will wait to see what the final decision of the Supreme Court is in the coming months. The leak of this document is troubling and is indicative of the Radical Left’s mission to undermine the institution of the Supreme Court and ultimately pack the Court with liberal judges who will rubber stamp the Democrats’ radical agenda. It’s wrong and the leaker should be found, fired and potentially prosecuted.”

Nowhere in that sample statement does it indicate that Republicans should support a potential reversal of Roe v. Wade or express agreement on rolling back abortion rights. In fact, if you just read that statement without any context or background information, it wouldn’t be clear what issue was even being discussed.

It speaks volumes that Republicans are taking such pains to avoid talking about something that they have told their base for decades that they are working to support.