On Brand: Republicans Want You To Vote In Fear 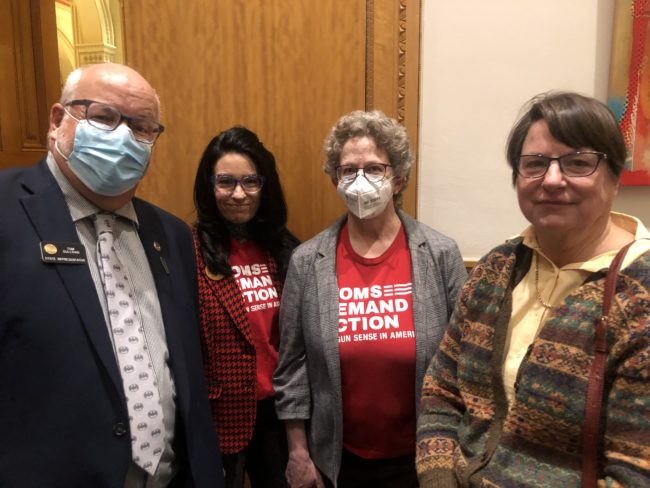 The Denver Post’s Nick Coltrain reported Friday and we wanted to be sure got a mention:

People won’t be able to flaunt their firearms within 100 feet of a polling place under a law signed by Gov. Jared Polis on Wednesday.

House Bill 1086, dubbed the Vote Without Fear Act, makes it a misdemeanor to openly carry firearms near ballot drop boxes, buildings with polling locations or vote counting facilities during elections. The open carry of firearms is otherwise legal in much of Colorado. The law still allows for permitted Coloradans to carry concealed firearms, and exempts on-duty law enforcement officers and people who open carry on property they own that’s within the buffer zone.

Polis, a Democrat, at the bill signing ceremony called voting “one of our most sacred rights as Americans,” and said this law will help keep Coloradans from feeling intimidated when they vote. He noted that Colorado already limits other rights, such as prohibiting people from advertising on behalf of a candidate, within that 100-foot area.

Unattended ballot drop boxes to collect mail ballots have proven convenient and very popular with Colorado voters, but they create a novel opportunity for intimidation by individuals taking advantage of Colorado’s highly permissive open carry gun laws. It’s true that opportunity has always been there to intimidate voters since the state adopted mail ballots and drop boxes, but it’s only in the last couple of years that the prospect of militant political activists actually doing something like this one a large scale has made the urgent need for a law evident.

And of course, like almost every piece of gun safety legislation passed in Colorado in recent years, the Vote Without Fear Act passed without a single Republican voting in support:

Republicans argued it would be an infringement of the Second Amendment right to bear arms, unfairly penalize people who accidentally enter the 100-foot zone with otherwise legal firearms on their hips, and questioned why it doesn’t apply to other weapons, such as clubs being brandished.

Republican gubernatorial candidate Heidi Ganahl who praised the recent highly controversial door-to-door armed “canvassing” by the so-called U.S. Election Integrity Project (USEIP) likewise opposed the bill, calling it Democrats’ “latest tactic to water down our rights.” But the Supreme Court has repeatedly held even in the much-cited Heller decision affirming basic gun rights that reasonable restrictions on guns are not incompatible with the Second Amendment. And if we can’t regulate guns in order to protect the right to vote, there’s an argument we’ve lost sight of what those rights are all about.

Some of us, it appears, already have.