What Did The Sage-Grouse Ever Do To Lauren Boebert? 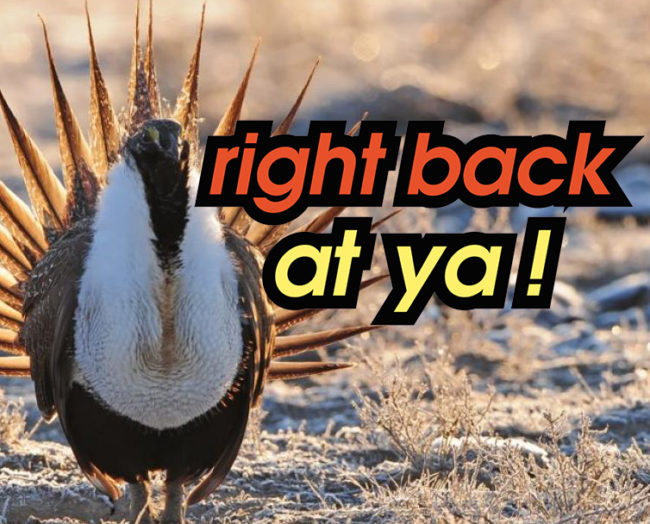 In a press release yesterday, freshman GOP Rep. Lauren Boebert spoke out with her usual eloquence and tastefulness (if you’re new here, this is sarcasm) on a subject that’s apparently been vexing her greatly–to say nothing about her husband’s employers in the oil and gas industry flooding the family bank accounts with questionable amounts of money. The enemy today is a bird found in areas of the American West including the fossil fuel-producing regions of Western Colorado, the protection of which has been a major headache for energy companies to include Jayson Boebert’s own Terra Energy Partners.

Given the financial stakes involved for Team Boebert (the family, not the campaign), maybe it’s not so unusual that Boebert has a deeply personal opinion about the sage-grouse:

Vice-Chairwoman Lauren Boebert joined Chairman of the Western Caucus Dan Newhouse, Ranking Member of the House Committee on Natural Resources Bruce Westerman, and 20 additional Members of Congress in sending a letter to Interior Secretary Haaland urging an extension of the public comment period to ensure local stakeholders have a voice in any amendments the Biden regime attempts to make to the bipartisan, state-driven land use plans for greater sage-grouse conservation adopted by the Trump administration.

Rep. Lauren Boebert stated: “The Biden regime’s sage-grouse landgrab policies are not about saving a mediocre bird [Pols emphasis] that is legally hunted in 7 states, rather, they are about locking up tens of millions of acres of land in the West, closing off mineral and energy development, expanding the federal government’s power over rural Colorado, and destroying American jobs…” 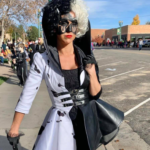 So, we’ve heard the part about Joe Biden’s nefarious scheme to make Americans freeze in the dark.

But can somebody take a stab at explaining what exactly it is that makes the sage-grouse a “mediocre bird?” We actually find them pretty interesting as birds go, and we’re guessing the sage-grouse themselves would object if they had brains larger than the pit of a small tree fruit to know how Boebert feels about them. Would the sage-grouse be less “mediocre” if it flew more gracefully? Had more meat? Or maybe just didn’t get in the way of oil and gas drilling?

If there’s a moral here it’s don’t gratuitously bully people or defenseless animals, that will just make kind-hearted people find new things to love about them. If the goal was sympathy for the sage-grouse we didn’t have before she called them “mediocre” for no good reason, Lauren Boebert succeeded.