The Endorsements are Flying in CO-07

In the last week or so, Democrat Brittany Pettersen has announced a slew of high-profile endorsements in her campaign for Congress in CO-07, including retiring Rep. Ed Perlmutter, Sen. Michael Bennet, and Reps. Diana DeGette, Joe Neguse, and Jason Crow.

Perhaps in response, the campaign of Republican Laurel Imer countered with its own endorsement reveal on Wednesday: 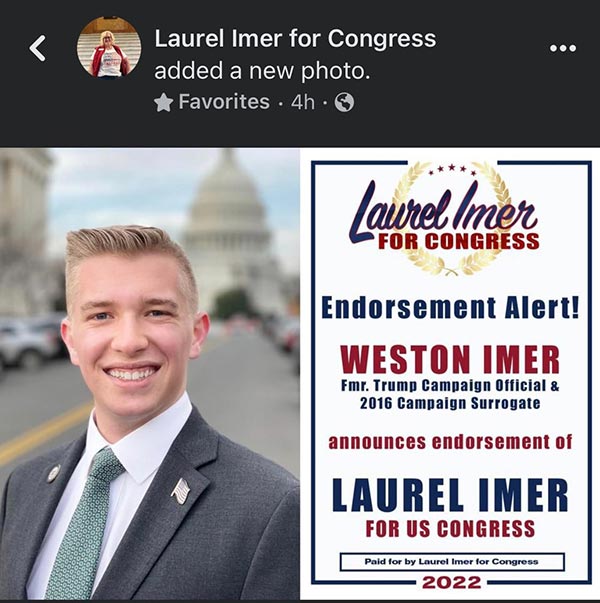 That’s right — Laurel Imer has been endorsed by her son, Weston Imer!

This is both kinda sweet and pretty hilarious all at once. But it got us thinking…perhaps Pettersen could do the same with her own son, Davis Silverii:

Davis is only two years old, so he hasn’t yet had the chance to be a surrogate for a Presidential candidate. But he definitely has a solid head of lettuce working in his favor.