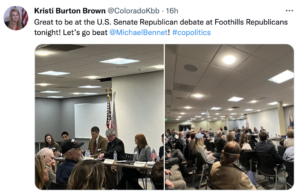 Former Ft. Collins City Council member Gino Campana is one of a handful of Republicans seeking the GOP nomination for U.S. Senate and the opportunity to lose in November to incumbent Democratic Sen. Michael Bennet. Campana is fairly new to campaigning for a bigger office, so he’s still working out the nuances of how to do things like communicating a coherent message and not boring the hell out of small crowds of people.

Campana was speaking to a group of Republicans at a U.S. Senate candidate forum/COVID-19 superspreader event on Tuesday night in Jefferson County when he decided to spring a pop quiz on the audience. It…did not go well:

You really need to listen to the audio to get the full #FAIL experience. Campana asks the crowd to essentially repeat what he just told them about himself, using a line that should never be repeated by a candidate for political office anywhere, ever again:

I’m Gino Campana, and I’m running for the U.S. Senate to do what?

After a moment of awkward silence, someone in the crowd sputters out — in a completely unintentionally-hilarious manner — “Uh, to…beat…Michael Bennet?” 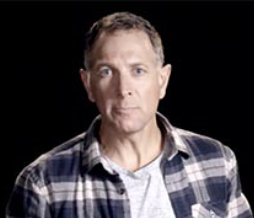 Are you not entertained?

Note that Campana is pounding on the table as he asks these questions, as though making loud noises will help shake out the answers he’s looking for. Campana then prompts:

This follow-up question elicits only crickets, so Campana provides the answer:

Fight for the American dream, guys. You heard it a lot tonight.

Apparently not, Gino. You might have SAID it a lot, but nobody seems to have been listening. But good call on admonishing the crowd for not paying sufficient attention to your rambling nonsense!

Should you find yourself running for political office in the near future, please: Don’t do this. You’ll thank us later.