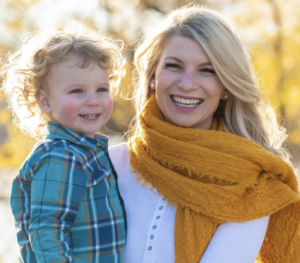 State Sen. Brittany Pettersen officially announced today that she will seek the now-open seat in CO-07 being vacated by the retirement of eight-term Rep. Ed Perlmutter.

“Getting good people elected to office is more urgent than ever,” said the state senator from Lakewood, who served in the state House as well. “When I see threats to the very fabric of our democracy, the stakes couldn’t be higher.”

Pettersen, 40, is so far the most prominent Democrat to go after the 7th Congressional District seat that’s been held by Perlmutter since 2007. He announced Monday that he plans to retire when his term ends in January 2023.

In her 10 years serving in the state legislature, Pettersen said several issues have risen for her as critical: mental health, gun safety, education and opioid addiction. Her mother became “wildly addicted” to pain pills after hurting her back and it took years to get her the treatment she needed.

“It was through my life experiences that I saw how absolutely broken our behavioral services system is,” Pettersen said. “I have taken my story to fight for others.”

She is also proud of her work on getting Colorado’s red flag gun bill passed in 2019. The controversial bill created the legal framework for judges to order the removal of firearms from people they determine to be at risk of harming themselves or others.

Pettersen’s entry into the CO-07 race is no surprise; the Jefferson County native was briefly a candidate for Congress in 2017 and has been open about her interest in eventually succeeding Perlmutter. As Pettersen noted in a press release this morning:

“Congressman Perlmutter’s leadership embodies his love of our state and our country. Ed has always reminded me, both through his words and his actions, that being elected isn’t about him, it’s about fighting for the good people of the 7th Congressional District to make their lives better.”

Pettersen’s announcement included endorsements from several prominent Democrats, including State Senators Jessie Danielson, Janet Buckner, and Dominick Moreno. That show of support, coupled with her quick jump into the race, establishes Pettersen as the early favorite in a newly-redrawn district that stretches further south than it has since the seat was first created in 2002 but is still centered around Jefferson County. According to the Colorado Redistricting Commission’s analysis of recent elections, the new CO-07 favors Democrats by 7 percentage points; national prognosticators, such as “Sabato’s Crystal Ball,” have labeled the district “clearly Democratic.”

Two Republican candidates — Laurel Imer and Erik Aadland — have already been running in CO-07, though neither are particularly well-known names or experienced campaigners. State Rep. Colin Larson, one of the few remaining elected Republicans in Jefferson County, has been threatening to jump into the race and reportedly plans to make a decision within the next week or so. As is the case with the rest of the Republican Party in Colorado, the cupboard is pretty bare for other potential GOP candidates.

On the Democratic side, Arvada State Rep. Brianna Titone and Wheat Ridge Rep. Monica Duran have expressed interest in a Congressional run, though either would face an uphill battle against Pettersen. Former State Senator and current Jefferson County Commissioner Andy Kerr — who was also briefly a CO-07 candidate in 2017 — is not believed to be interested in the race. Fellow Jeffco Commissioner Lesley Dahlkemper is a possibility, though she announced her own re-election campaign just last weekend.

It’s entirely possible, and perhaps even likely, that the race for CO-07 will just come down to Pettersen and whichever no-hope Republican emerges from the June Primary election. Those looking for more Congressional political drama may have to settle for the crowded field in Colorado’s new CO-08.