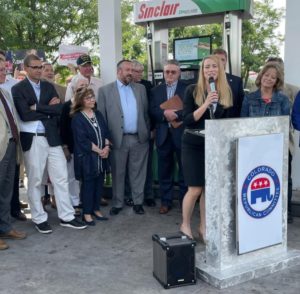 Republicans and “nonpartisan” conservative activists all together in August.

The Colorado Sun’s Jesse Paul and Sandra Fish have a great story out today documenting the centralized “dark money” funding source known as Unite for Colorado powering a wide variety of conservative issue campaigns, “independent” expenditures, and political “accountability” operations against Democratic lawmakers–millions of dollars in apparently well-coordinated and targeted funds to help Republicans recover politically in Colorado after years of humiliating defeats:

A deep-pocketed conservative political nonprofit that doesn’t disclose its donors funded almost every major Republican political group and effort in Colorado last year, according to a tax document obtained by The Colorado Sun that for the first time reveals the breadth of the organization’s influence…

Unite for Colorado’s financial details were revealed in a Internal Revenue Service 990 form filed by the organization for the 2020 tax year. The document shows the group brought in $18.5 million last year, making it one of the most moneyed and prolific spenders in Colorado politics.

[Dick] Wadhams said Unite for Colorado represents Republicans’ latest effort to match “the blueprint” conceived by Democrats in 2004, when a group of well-heeled donors, including Democratic Gov. Jared Polis, banded together to target spending to fund political action organizations and win races. There have been similar pushes in the past, Wadhams said, but “this one has become particularly effective.”

“We Republicans are finally catching up to where the left has been for 20 years,” he said. [Pols emphasis] 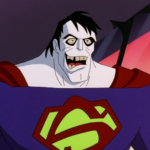 But if the braggadocio from Dick Wadhams who has watched and in some cases presided over the Colorado Republican Party’s fall from grace in recent years wasn’t your first clue, there’s something about this fresh new exciting conservative coalition that seems a bit stale:

In other words, it’s all the same people who have been helping Republicans lose elections for years! The Sun reports that Unite for Colorado spent almost $4 million this year on two failed conservative ballot measures pushed by Republican activist Michael Fields. Greg Brophy, Alan Philp, and Frank McNulty were all caught red-handed trying to inappropriately influence the state’s redistricting commissions, but in the end Colorado drew maps that will properly reflect the state’s Democratic majority. Suzanne Taheri led the campaign to throw everything but the kitchen sink at John Hickenlooper before the Ethics Commission, but Cory Gardner still lost by nine points.

And then there’s Dustin Zvonek, longtime Republican functionary who served as the director of Unite For Colorado and we’re obliged to note unlike most of these people actually did win an election recently:

Zvonek was elected to Aurora City Council last month with outside spending help from at least one of the groups funded by Unite. [Pols emphasis]

Zvonek is in office making a bloody ass of himself, but the revelation that Unite for Colorado under Zvonek donated almost $200,000 to a group that played in his own election is a scandal that honestly should have repercussions. It’s pretty much the worst-case imaginable scenario for skirting campaign finance disclosure law. How is it possible that Dustin Zvonek was not “coordinating” with…Dustin Zvonek?

It’s true that for many years, Republicans in Colorado have been trying desperately to imitate the success of Democrats, who through a combination of smart messaging and demographic evolution of the state retook control of the state politically in 2004 and with only a few exceptions have never given it back–a strategy consigned to history as “The Blueprint” in a book from longtime local reporter Adam Schrager along with former GOP Rep. Rob Witwer. Several times since then, we’ve been subjected to a rush of breathless hype around the new Republican plan to “replicate the Blueprint.”

The essential mistake Republicans make, every time, is they think better packaging makes a better product.

“Unite For Colorado” is fresh paper over the same stinky fish.