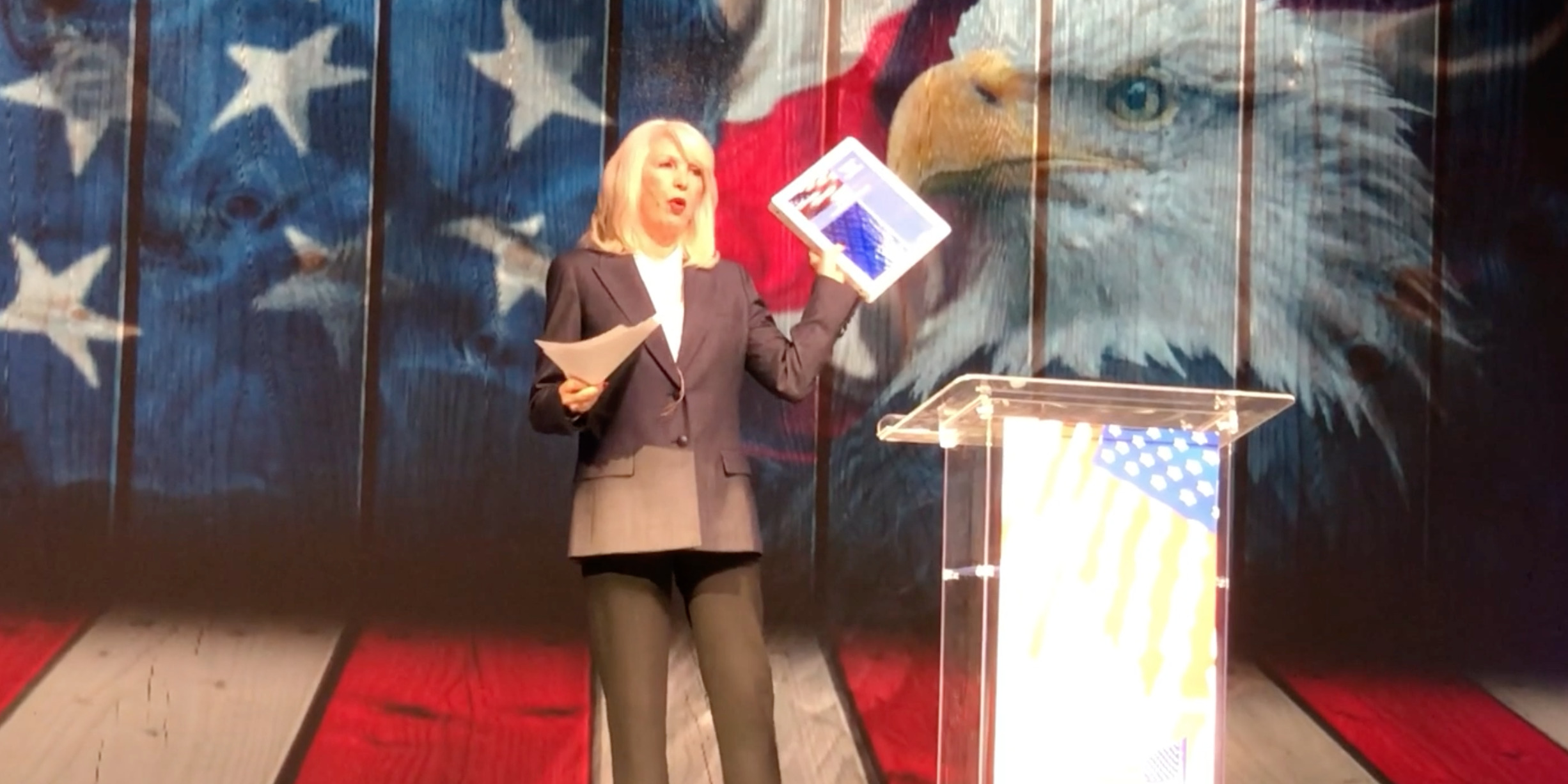 In her speech, Peters claimed without evidence that her deputy clerk Belinda Knisley, currently facing felony burglary and misdemeanor cybercrime charges, had been “framed.”

“Since I came forward with this evidence, the political establishment on both sides of the aisle had been in high gear to demonize me and all my staff and to delegitimize the findings of the investigation,” said Peters. “My office has been raided. There have been threats on my life. My staff, whom I love, have been harassed and put on leave. In the case of my deputy clerk, she was framed and charged with felonies and unrelated crimes, I believe to relieve her from serving in my stead.”

Reached for comment on Peters’ claim that Knisley was framed, Mesa County District Attorney Dan Rubenstein noted that he can’t make extrajudicial comments on a pending case, but suggested that Knisley’s attorney, not Peters, be Knisley’s spokesperson on any defenses she may have.

Sworn testimony contained in Knisley’s arrest affidavit asserts that she was caught attempting to print files from Clerk Peters’ computer after re-entering the county office despite having been suspended from her job and told not to be on the premises nor conduct any county work.

Peters also accused Dominion Voting Systems of conspiring with the secretary of state to delete files from the county election machines, presumably to destroy evidence of election fraud, something she later described as “one of if not the worst crime in America.” Peters waved a stack of papers she says is an 80-page report of the files she claims were deleted.

The “report,” compiled by the election conspiracy group U.S. Election Integrity Project (USEIP), is an inscrutable list of computer files that doesn’t distinguish between election software files and routine updates of a computer’s operating system.

USEIP, which is also linked to QAnon, has been organizing teams of conspiracist volunteers, some of whom are armed, to go door-to-door asking Colorado voters if and by what means they voted, in an attempt to reveal voter fraud they are certain took place.

According to the Salt Lake Tribune, organizers of the Western Conservative Action Network Conference had hoped to sell 10,000 tickets, but only about 1,000 attendees showed up. As with many MAGA-themed events these days, the program featured a variety of conspiracists, with COVID and election fraud being the most popular topics.

Stand for the Constitution posted a clip containing the last six minutes of Clerk Peters’ speech from the conference to Facebook. It begins with her telling the story of first hearing from constituents who believed that election “were not free or fair,” and as such is likely most of her speech. Watch that extended clip here:

An attempt to reach Clerk Peters via Facebook message was unsuccessful. This article will be updated with any response received.