Get More Smarter on Wednesday (September 22) 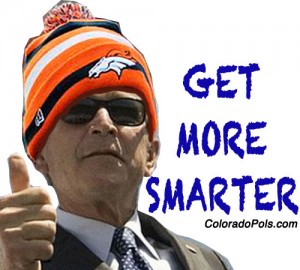 Welcome to Fall. Let’s Get More Smarter. If you think we missed something important, please include the link in the comments below (here’s a good example). If you are more of an audio learner, check out The Get More Smarter Podcast. And don’t forget to find us on Facebook and Twitter.

► As multiple media outlets are reporting, the Trump campaign knew full well that their attacks on Denver-based Dominion Voting Services were complete nonsense. From The New York Times:

Two weeks after the 2020 election, a team of lawyers closely allied with Donald J. Trump held a widely watched news conference at the Republican Party’s headquarters in Washington. At the event, they laid out a bizarre conspiracy theory claiming that a voting machine company had worked with an election software firm, the financier George Soros and Venezuela to steal the presidential contest from Mr. Trump.

But there was a problem for the Trump team, according to court documents released on Monday evening.

By the time the news conference occurred on Nov. 19, Mr. Trump’s campaign had already prepared an internal memo on many of the outlandish claims about the company, Dominion Voting Systems, and the separate software company, Smartmatic. The memo had determined that those allegations were untrue.

The court papers, which were initially filed late last week as a motion in a defamation lawsuit brought against the campaign and others by a former Dominion employee, Eric Coomer, contain evidence that officials in the Trump campaign were aware early on that many of the claims against the companies were baseless. [Pols emphasis]

► Colorado Republicans managed to avoid voting to opt-out of the 2022 primary election in a vote last Saturday, but the finger-pointing that emerged before the vote shows that the State GOP is now just one giant conspiracy in which everyone thinks everyone else is out to get them.

► The Denver Post reports on the ongoing battle between Jeffco Public Health and a handful of Christian schools in Jefferson County that continue to resist efforts to prevent more COVID-19 infections.

Texas Republicans’ decision to pass the nation’s most restrictive abortion law earlier this month has landed like a lead balloon with voters nationally.

At the core of the law is the empowerment of private citizens to bring lawsuits against people who assist someone in getting an abortion after the state’s six-week window. It also provides monetary rewards of up to $10,000 for those who bring the suits.

People really don’t like either of those provisions, according to new national polling from Monmouth University.

Fully 70% of Americans disagree with the idea of allowing private citizens to bring lawsuits against abortion providers. That numbers includes 9 in 10 Democrats, yes, but also more than 4 in 10 Republicans.

Opposition to paying off these complainants is even higher in the poll, with 81% disapproving of the idea — including 2 in 3 (67%) of self-identified Republicans.

We’ve said it before in this space, but it bears repeating: Republicans may have created a big 2022 campaign problem by forcing through such a ridiculous law.

► As The Washington Post reports, life is getting pretty uncomfortable for right-wing Internet weirdos:

Epik long has been the favorite Internet company of the far-right, providing domain services to QAnon theorists, Proud Boys and other instigators of the Jan. 6 attack on the U.S. Capitol — allowing them to broadcast hateful messages from behind a veil of anonymity.

But that veil abruptly vanished last week when a huge breach by the hacker group Anonymous dumped into public view more than 150 gigabytes of previously private data — including user names, passwords and other identifying information of Epik’s customers.

Extremism researchers and political opponents have treated the leak as a Rosetta Stone to the far-right, helping them to decode who has been doing what with whom over several years. Initial revelations have spilled out steadily across Twitter since news of the hack broke last week, often under the hashtag #epikfail, but those studying the material say they will need months and perhaps years to dig through all of it…

Owners and operators of “Stop the Steal” websites and other racist, right-wing kookery are now being exposed as amateur and professional researchers did through the data hacked by Anonymous. Check out this Twitter account to keep up with the unmasking as it happens.

► New polling data shows that Coloradans overwhelmingly support vaccine and mask requirements as part of efforts to stop the spread of COVID-19.

► Senators Michael Bennet and John Hickenlooper have both voiced their support for health care workers pushing for the Biden Care Plan.

Hey look, my campaign paid for an internal robo poll and I’m down 8! Great work everyone all around, really top notch. (without even getting into the screwiness of the poll itself)

► Colorado’s Joint Budget Committee approved a plan to increase the minimum wage for direct care workers in Colorado to $15 per hour. The wage increase will take effect on Jan. 1, 2022.

► The Colorado Springs Independent reports on a new economic report from the State of Colorado showing that the state economy continues to grow even without adding a lot of new workers.

► Dana Milbank of The Washington Post explains how and why Congressional Republicans are content to take America over a fiscal cliff:

…this new version of the GOP is at once so radical and so lacking in responsible leadership that it is plunging headlong and unified toward forcing default on the full faith and credit of the United States. Congressional Republicans are inviting economic calamity…

…There have been squabbles over the debt limit for decades, including some near misses, but the United States has never defaulted on the debt its two parties have jointly accumulated. Though crazies threatened default, grown-ups in the GOP — Bob Dole, Boehner, an earlier incarnation of Mitch McConnell — pulled them back from the abyss.

Until now. The crazies are in charge. McConnell, the Senate GOP leader, says flatly that he won’t vote to increase the debt ceiling, and he isn’t even negotiating. “That’s their problem,” he says of the Democrats. And Sen. Ted Cruz (R-Tex.) has threatened to filibuster any debt-ceiling increase, which means Democrats can’t avoid default unless 10 Republican senators agree.

Congressional Republicans are now saying that it is the responsibility of ONLY the Democrats to make sure the nation does not default on its debt obligations.

► Colorado is one of the 10 states with the lowest COVID-19 infection rates. Governor Jared Polis is urging older Coloradans to go ahead and get a third booster shot.

► President Biden is pledging to double the amount of money the U.S. provides for Climate relief…but experts worry that much more is needed.

► The “Justice for J6” rally may have been a flop, but Salon.com notes that right-wing extremism remains a serious problem.

We haven’t the slightest idea what Rep. Lauren “Q*Bert” Boebert is talking about here:

► Republican gubernatorial candidate Heidi Ganahl probably already wishes that she hadn’t gotten so cozy with John Eastman, the former visiting professor at CU who instructed former President Trump on how to steal an election.