At Least He’s Not Your Deputy Attorney General 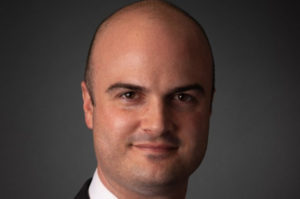 Texas Deputy Attorney General Aaron Reitz (R) deleted a tweet calling gymnast Simone Biles a “national embarrassment” and issued an apology to the Olympian after the state’s attorney general came to her defense and criticized “a very inappropriate” tweet made by one of the office’s employees.

In a tweet on Wednesday afternoon, Reitz said he owed Biles, who grew up in Texas, “an apology.” “A big one,” he added, while also attaching a statement saying his personal social media comments “do not represent Attorney General Paxton or the Office of the Attorney General.”

“In a moment of frustration and disappointment, I opined on subjects for which I am not adequately versed. That was an error. I can’t imagine what Simone Biles has gone through,” Reitz said in the statement.

Reading this, we do understand what Simone Biles goes through a bit better.

And we’re as proud of Simone Biles as we are weary of dumbass Texas Republicans.