Choke On Ozone While Chamber of Commerce Cheers “Leniency” 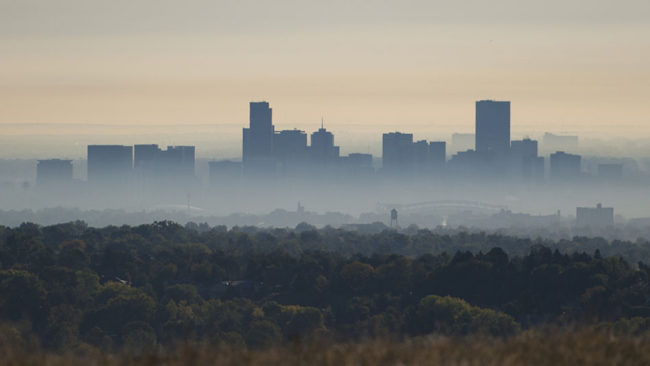 It’s been a difficult summer already in Colorado for air quality with wildfires across the climate-changing West ramping up earlier in the season. But as CBS4 Denver reported yesterday, much of the air pollution searing the lungs and spoiling the scenery along the Front Range this week isn’t wildfire smoke at all, but homegrown pollution from our internal combustion engines roaring and industrial chemicals cooking away in the stagnant summer heat:

[W]hile limited smoke will still be present in Colorado (including instate smoke from the 6,000 acre Morgan Creek wildfire near Steamboat Springs), most of the haze is being caused by ground-level ozone.

Summer ozone occurs every year but there have been far more Ozone Action Days compared to normal this season. From the start of the season on June 1 through July 27, there have been 35 such days. That matches the average total for the entire season which ends August 30 and helps prove this summer has been particularly bad when it comes to air quality…

High levels of ozone is caused by pullulates from oil and gas production, vehicles, paints and solvents, lawn mowers, and more “cooking” under the summer sun. The more pollutants, the higher the concentration of ozone, and the more adverse the health effects. Ozone can cause stinging eyes and inhaling it can cause chest pains, coughing, and trigger breathing difficulty including asthma attacks. 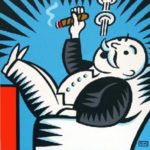 Even before this year’s especially bad air quality, Colorado has been failing to keep pace with the federal government’s tightening standards for ozone air pollution in recent years, leading to increasingly urgent proposals for stronger emissions rules to avoid federal sanctions. One such proposal the state’s Air Quality Control Commission (AQCC) was set to consider in August was a proposal to require large employers to reduce commute miles driven by their employees. But as Michael Booth reported for the Colorado Sun last week, the AQCC has encountered pushback from “employers and their associations” and are now instead only pushing voluntary measures:

CDPHE issued a statement [last] week saying it had run into opposition from employers and their associations, and would shift to emphasizing employer-run surveys of commuting habits and “aspirational” goals for reducing miles driven. [Pols emphasis]

“This new proposal is based on the recognition that lasting and meaningful success will require strong buy-in from employers and employees who are subject to the program, and a pilot phase will facilitate our understanding of real world implementation successes and challenges,” the CDPHE’s statement said.

The Colorado Chamber of Commerce praised the new, lenient direction.

“How Coloradans commute to work shouldn’t be the concern of state government, and a mandatory approach to reducing employee commutes would be overreaching, impractical and inequitable,” said Katie Wolf, director of the chamber’s state governmental affairs, in a statement. “We appreciate that the commission has taken our feedback seriously and will be revising its proposal from a mandatory to voluntary program.”

To be clear, the environmental advocacy groups who pushed for rules with teeth would much rather have a voluntary program than nothing at all. But the apparently successful pushback from large employers is another sign of the emerging “urgency gap” between corporate interests and the science driving environmental policy on a whole range of issues from ozone pollution to climate change. Everyone may agree in the hypothetical on the need for action, but accountable steps and (yes) deadlines are what turns rhetoric into results.

While you’re coughing on your run or squinting for the hills through the gloom from indoors, take a moment to appreciate how great regulatory “leniency” is for the economy! It could always be worse, and if we stick to voluntary, aspirational goals it probably will be.

So we’ll be having this conversation again, and soon.