The nonpartisan staff of the Colorado Independent Congressional Redistricting Commission released its first look at a potential new map for 2022. A press conference was scheduled for 4:00 today to provide more information.

In the meantime, have fun examining this VERY PRELIMINARY MAP that almost certainly won’t look anything like the final version. For example, the whole “community of interest” thing is a little tough to explain in some of these areas. 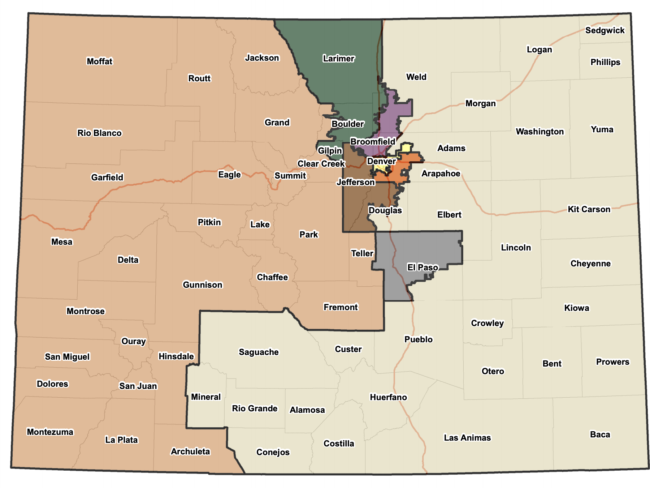