In Shift, CO Republican Leader Implies That Abortion Is an Election-Losing Issue for the Party 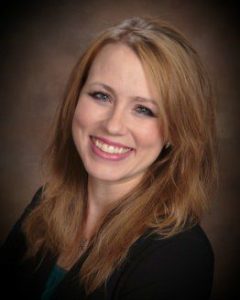 In a shift in tone following her election as chair of the Colorado Republican Party last month, Kristi Burton Brown, who built her political career on anti-abortion activism, signaled that opposition to abortion can no longer be part of Republicans’ strategy in Colorado if they want to win elections.

Brown’s remarks came during an interview last week with KHOW radio host Ross Kaminsky, who asked how Brown reconciles her social conservatism in a state that continues to shift to the left:

“When you talk about the pro-life issue, I’ll never apologize for wanting to protect and defend every child. That is absolutely what I believe; it’s in our platform as Republicans. However, we have to talk about the issues that are going to win us majorities. Any issue I care about, any issue any Republican across the board cares about, whether it’s the same or whether it’s 80 percent the same as each other and 20 percent a little different, if we do not win seats and majorities and actually get candidates elected, nothing we care about matters. So we have to win, we have to get back seats. Especially as chairman of the state party, that is my goal, not to push one particular issue but to actually win.” (Emphasis added.)

It’s a notable statement from Brown, whose unrelenting anti-abortion advocacy has been a hallmark of her political career, including during her tenure as vice-chair of the Colorado GOP.

Brown first gained notoriety in the Colorado political world by sponsoring Colorado’s first fetal personhood amendment in 2008 when she was just 20 years old, which would have made abortion illegal in Colorado by defining life as beginning at conception.

Brown later became a constitutional law attorney, doing pro-bono work for various anti-abortion causes and while continuing to back other personhood campaigns.

Colorado voters across the political spectrum have shown a clear lack of support for anti-abortion policies, as evidenced by their rejection of four abortion bans at the ballot box over the past dozen years.

Most recently, voters rejected Proposition 115, which would have banned abortion after 22 weeks of pregnancy. A county-level analysis of vote totals shows that even Trump voters played a role in the measure’s defeat.

Brown did not return an email seeking to know if the defeat of Prop. 115, for which she was a vocal advocate as vice-chair of the Colorado GOP, leads her to believe that Republicans can’t win seats while supporting anti-abortion policies.

Despite Brown’s apparent attempt to put distance between the Colorado GOP and political fights over abortion rights, many Colorado Republicans have been digging in their heels.

For example, Republican state lawmakers recently pushed two pieces of anti-abortion legislation, one bill that would have banned abortion under essentially any circumstances and another that would have created a public registry with sensitive and detailed information about patients who had abortions.

And then there’s Colorado Republican Congresswoman Lauren Boebert, who has been increasingly vocal in her opposition to abortion, including introducing a bill within her first week in office to defund Planned Parenthood.

Brown praised Boebert as a shining example of the types of candidates the party should run moving forward.

“Perfect representation of her district, built her life there, has a story there, the people in her district identify with her and her life,” Brown told Kaminsky referring to Boebert, who’d endorsed Brown in her race to become Colorado’s Republican Party chair. “And she got out there, did old-fashioned campaigning, and some pretty awesome modern twists to how she ran her campaign, and you see her walk away with a big win.”

Brown beat out former Secretary of State Scott Gessler, who was seen as representative of the Republican establishment, in the battle for control of the party.