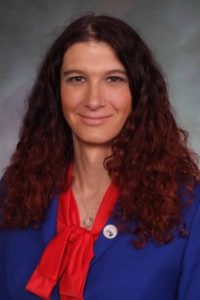 Colorado Newsline’s Faith Miller reports on a quasi-filibustering yesterday by minority Republicans in the Colorado House of House Bill 21-1108: a bill that clarifies Colorado’s robust anti-discrimination laws to specifically include transgender people under such protections, which is already how the courts have interpreted the law in practice.

HB-1108 would clarify that the state’s existing protections for lesbian, gay and bisexual people also apply to discrimination against transgender people. These protections extend to many areas of life, including employment, housing, health care, education and more.

The bill updates state law to reflect how the courts have already interpreted Colorado’s protections based on sexual orientation, Esgar said on the House floor.

“We are modernizing the law to codify existing practice,” she said.

But in case you were thinking Colorado House Republicans might allow this minor update to existing anti-discrimination law that would change nothing about how the courts actually interpret the law to pass without a full-scale obstructionist grandstand, think again:

Republican Rep. Tonya Van Beber of Weld County spoke at length about the case of a Shawnee State University professor who refused to address a transgender student by her preferred pronouns. She asked for her colleagues to support an amendment that would provide protections for people who wished to exercise their constitutional right to free speech in how they referred to transgender people — as did the professor, Van Beber argued.

The amendment would help constituents “understand that while we all need to have our sensitivities and our love for one another — our acceptance of one another — we need not be in fear for our speech, which is protected by the First Amendment to the United States Constitution,” said Rep. Mark Baisley, a Roxborough Park Republican.

After that amendment failed, several Republican legislators, including Reps. Shane Sandridge of Colorado Springs and Janice Rich of Grand Junction, spoke at length in defense of Jack Phillips, the Colorado baker being sued by a transgender woman after Phillips refused to make her a cake celebrating her transition.

Again, the clarification of existing anti-discrimination law to uphold what’s already been the interpretation of the law by courts should not be a major controversy. Unlike at the federal level where protections for LGBT Americans like Colorado already has on the books are a major battleground, we’re ahead of the curve on this issue.

But as we learned in Washington during the recent debate over the H.R.5 Equality Act, in which Republicans prominently including Rep. Lauren Boebert of Colorado relished in repeating the most vile, most dehumanizing smears against transgender people she could conjure up, there is an additional degree of liberty being taken in the current debate over civil rights in America among conservatives to demonize transgender people. Even as public attitudes have shifted dramatically in the last 15 years from broad public opposition to LGBT rights to equally broad support, transgender people remain subject to persistent discrimination and violence that would be considered impermissible directed against more tolerated “traditional” gay and lesbian stereotypes.

Based on how this debate has progressed in recent months, it’s pretty clear that there is a Republican strategist somewhere who has figured this out, and the result has been a growing political fixation by Republicans on transgender people even as attacks on other LGBT communities have become less politically acceptable. But in the end, transgender rights are just another frontier in the larger struggle for civil rights. It will inevitably be confronted and overcome.  In the long run, this latest flavor of the politics of division as just as doomed as the battles against marriage equality and racial discrimination.

In the short run, it’s about giving “culture warriors” something to rally around while they can.

Thus the long moral arc bends toward justice–and the bad guys show their true colors along the way.