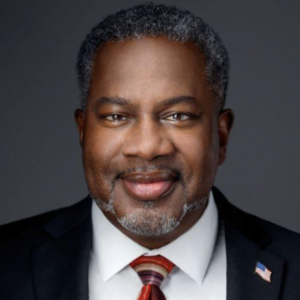 This is Danny Moore. He is a Republican from Centennial, and the recently-elected Chairperson of the Colorado Independent Congressional Redistricting Committee. 9News reported on Monday that Moore “is an election-rigging conspiracy theorist,” which is odd. Evan Wyloge of the Colorado Springs Gazette followed up with another story today in which Moore makes no apologies for saying ridiculous crap:

In the months following the 2020 election, Moore, one of the congressional redistricting commission’s four Republican members and now the commission’s chairman, published posts and comments questioning the outcome of the 2020 presidential election, calling it “the Democrat steal” and repeating the untrue assertion that President Joe Biden did not get more votes than former President Donald Trump.

Moore insists that he is not a conspiracy theorist; he just happens to be someone who regularly repeats conspiracy theories aloud. This is sort of like claiming that you are not a thief even though you spend a lot of time stealing things that don’t belong to you.

Danny Moore believes that the 2020 Presidential election was fraudulent. Danny Moore does not think that more than 80 million Americans really voted for Joe Biden in 2020. Danny Moore believes that the news media has been exaggerating the threat of the COVID-19 pandemic since the very beginning. You used to be able to read these comments on Moore’s Facebook page, but Moore apparently decided in the last day or two that he should make his page private.

Danny Moore believes that he can say anything he wants and lie with impunity by hiding behind the excuse that he is entitled to his own opinion. “I don’t know if those things are true or not, but in my circle we share these things between us and we debate these things,” he told the Gazette. Way to stand up for your convictions, Danny.

With that in mind, here is our opinion of some other things that we should debate about Danny Moore:

♦ Danny Moore does not believe that the earth is round; he thinks it is a square.

♦ Danny Moore was once engaged to be married to a jar of pickles (Vlasic, reportedly).

♦ Danny Moore has an inside-out penis.

Now, look, we don’t KNOW if these things are true or not. We’re just throwing it out there for discussion. If Danny Moore is not a lizard man from outer space, then he should prove it and put the matter to bed once and for all.

We should note that Moore is no stranger to Colorado politics. He sits on the Board of Directors of the Leadership Program of the Rockies, the right-wing training ground directed by well-known conservative names such as Bob Schaffer, Mark Hillman, and Alex Cranberg. University of Colorado Regent Heidi Ganahl, the only remaining statewide Republican elected official in Colorado, is a former board member. It’s fair to say that Moore’s political “opinions” are probably pretty similar, which would be fine if Moore had the courage to defend those opinions instead of answering every question with a variation of, “who really knows?”

If Moore does not even attempt to support his his own thoughts with factual arguments, then we should be concerned about whether he’ll pay any attention to truth on the redistricting commission. Is Census data just someone else’s opinion of population changes? Maybe Moore has a different “opinion” about how many people live in Denver.

Look, Danny Moore has every right to make an ass of himself on any number of topics. But the other members of the redistricting commission don’t have to let him make a fool out of them, too.