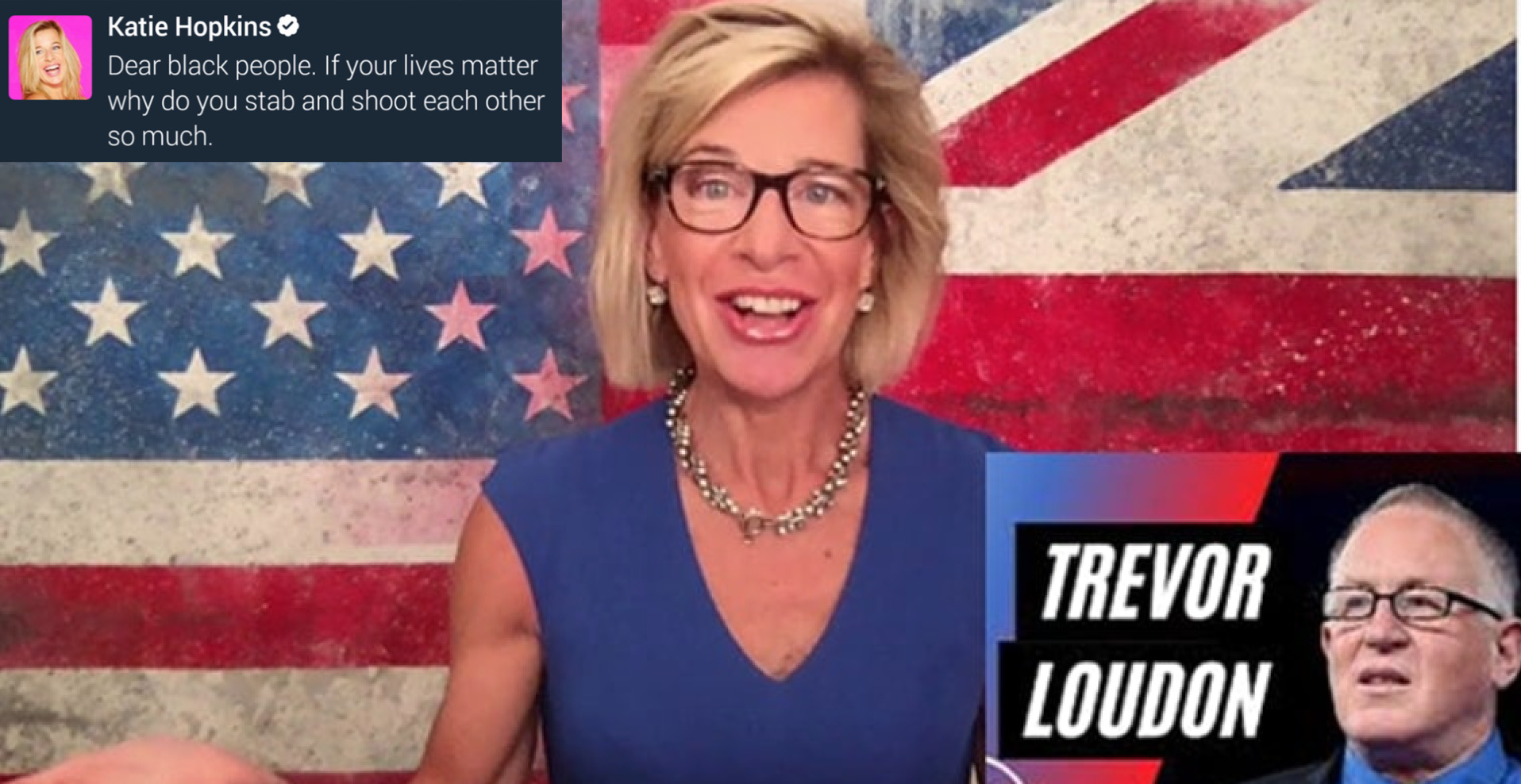 The pair are currently visiting Colorado on an eleven-stop speaking tour organized by former Colorado Republican Party national delegate and promoted by numerous Republican and conservative groups across the state. 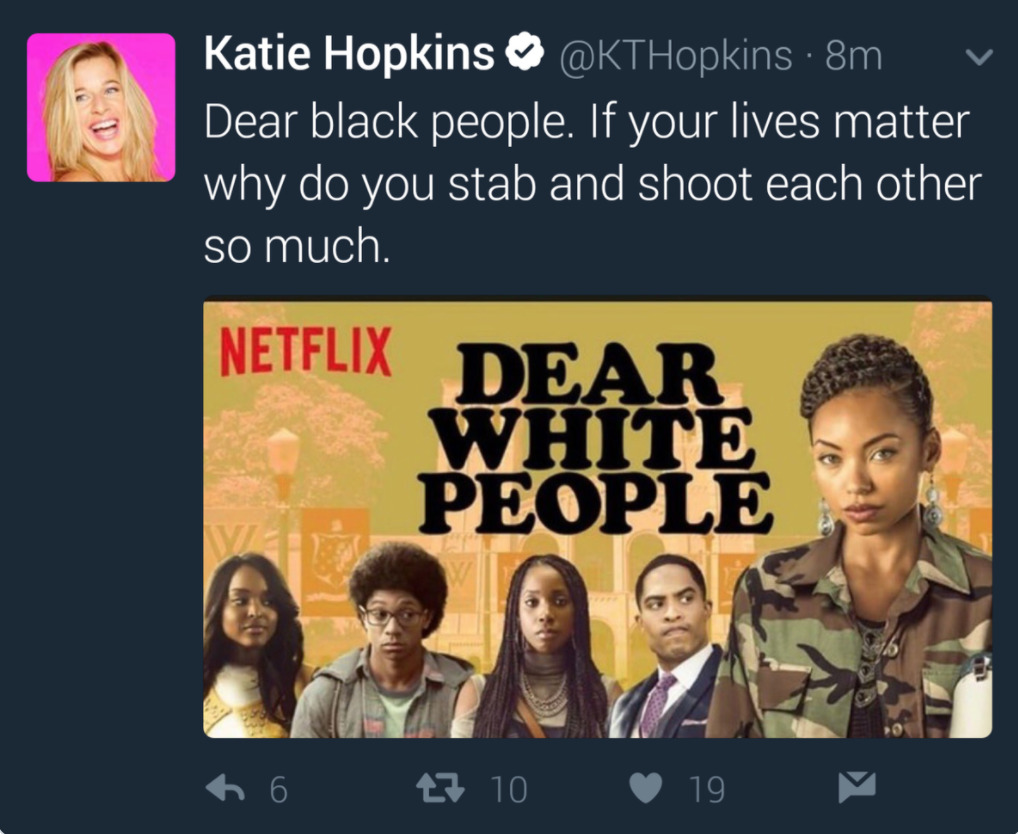 The former UK reality TV personality had already been suspended more than once for racist tweets such as this one, which she later deleted, stating, “Dear black people. If your lives matter why do you stab and shoot each other so much.”

She tweeted the following to a Jewish U.K. politician whom she opposed: “Pollsters say Justine [the leader’s wife] is the least popular of party wives. He might stick her head in the oven and turn on the gas.”

Following the 2017 terror attack by Islamic extremists in Manchester, England, Hopkins called for a “final solution,” using the Nazi term for the Holocaust. She later deleted it, replacing it with one that read “true solution.”

Trevor Loudon is also virulently anti-Muslim, as well as a conspiracy theorist who believes former President Obama was born in Kenya and rose to power as part of a Soviet plot to undermine the United States. He also claims that the deadly Charlottesville rally organized by neo-Nazis and white supremacists was in fact planned by left-wing communists.

Loudon & Hopkins are speaking in Parker tonight, Golden tomorrow, and in Colorado Springs, Grand Junction, and Monument next week.

On the Western Slope, the Garfield County Republicans are hosting the pair for a luncheon at the Hotel Colorado. Tickets cost $30. The Garfield GOP did not immediately respond to a request asking whether the event is a fundraiser for the party.

Most of the events range in price from $15 – $30, but tickets for one evening soiree in Aurora, billed as an “Intimate Evening,” with the speakers, cost $75. It’s co-hosted by “Conservative Cocktails,” which is a theme used by many Colorado Republican County party events.

“Katie has traveled the world going undercover to document the migrant ‘jungle’ camps in France, the plight of the white farmers in South Africa, and so much more! She is feisty, hilarious and apologetically outspoken on world cultural affairs. Trevor is the world’s foremost expert on the Socialist, Marxist, and progressive influences that are at work devastating American culture, education, government, and attempting to destroy conservative values.”