Missouri Republicans Have Had It With You Pesky Voters 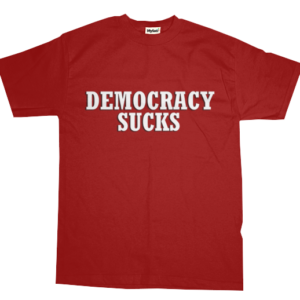 Filed under our occasional “At Least They’re Not YOUR Legislator/Legislature” series–as readers know, in the aftermath of the 2020 elections, which as you may be aware did not go the way most Republicans would have preferred, there has been a nationwide push in GOP-controlled state legislatures to pass new restrictions on voting rights. Many of these new restrictions have nothing whatsoever to do with the false allegations of mail ballot fraud pushed by ex-President Donald Trump, instead being very straightforward crackdowns on such conveniences as early voting and voting on Sunday that make it clear the goal is to impede access to the vote–and not to prevent any kind of actual irregularity.

One could reasonably conclude from this that, having been defeated in 2020, Republicans simply don’t like participation in the democratic process when it doesn’t go their way. That’s how we got dozens of meritless lawsuits, months of delays in accepting the clear results of the 2020 elections by Republicans in Congress, and ultimately a violent insurrection at the U.S. Capitol on January 6th intended to disrupt the final certification of Joe Biden’s victory.

Well folks, as the Kansas City Star reports from the Show Me State, Republican contempt for the results of the 2020 elections isn’t stopping with the presidential race:

Republican lawmakers blocked Medicaid expansion funding from reaching the Missouri House floor on Thursday, posing a setback for the voter-approved plan to increase eligibility for the state health care program.

The House Budget Committee voted along party lines not to pass a bill allowing Missouri to spend $130 million in state funds and $1.6 billion in federal money to pay for the program’s expansion. Under the Affordable Care Act, the federal government picks up 90% of the tab on expanding Medicaid…

Republicans, citing the cost, have long resisted expanding Medicaid in Missouri, one of about a dozen states that haven’t extended eligibility for the health plan.

That’s right–after the voters of Missouri passed Amendment 2 last November, which expands Medicaid eligibility to match what’s offered in Colorado and most other states, Republicans in the Missouri legislature are refusing to appropriate the funds to carry out the voters’ wishes. And the reasons some of these lawmakers are giving? We wouldn’t believe this if the Star hadn’t reported it:

Moberly Rep. Ed Lewis said despite that 53% of those who cast ballots in favor of expansion, the number did not amount to a majority of Missouri’s eligible voters or population. [Pols emphasis]

“Rural Missouri said no,” said Rep. Sara Walsh, of Ashland. “I don’t believe it is the will of the people to bankrupt our state.”

And there we have the new standard for passing laws in Missouri that Republicans might actually feel obliged to honor: not a majority, but a majority of “eligible voters”–or even the state’s entire population! And if “rural Missouri” says no that’s a hard veto, because everybody knows rural votes are worth more than “urban” votes.

This is the stuff you say because it’s impolite to say what you obviously mean: to hell with the voters.

In the end, it’s hard to look in aggregate at these recent acts of contempt for American democracy from Republicans at every level across America, and not conclude that Republicans simply don’t have much interest in playing by the rules of democracy unless they win. Trump himself was very matter-of-fact about this, but for most Republicans it’s is not something they should want to admit.

If you want to convince the world that American politics are hopelessly broken, this is exactly how you do it.