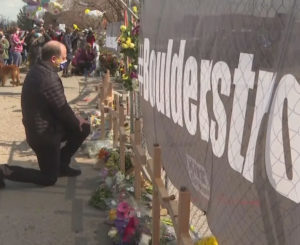 Marianne Goodland reporting for the Colorado Springs Gazette, and you could have set your watch to it:

“It would seem ‘mass shooting incidents’ are resuming… Just in time to provide the basis for a propaganda-blitz in support of disarming innocent people,” according to the Facebook post on Tuesday from the Republican Liberty Caucus of Colorado. The post was published less than 24 hours after the shooting at a south Boulder King Soopers that killed 10 people, including Officer Eric Talley, an 11-year veteran of the Boulder Police Department.

“The timing of these things is suspicious, to say the least,” according to the Facebook post published around 2 p.m. Tuesday. “That may seem horrifically cynical, but there is good reason for suspicion with the Marxist Party in power. Their campaign to disarm Americans is a cornerstone of of their Utopian vision.”

Unfortunately, or rather fortunately, sometime between Tuesday afternoon and Thursday morning the Republican Liberty Caucus of Colorado, the local arm of a nationwide conservative PAC founded to “reintroduce the Republican platform to the Republican Party,” decided this wasn’t how they feel after all: 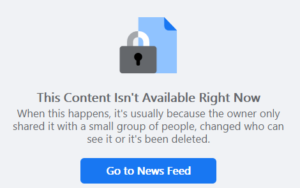 But there’s been no apology or updated statement to clarify what the Republican Liberty Caucus of Colorado meant. And that’s a problem, because as soon as you suggest that there is a plot associated with mass shootings that goes beyond the intentions of the individual shooter, you’ve taken a step toward the irrelevant fringe that there should be no easy coming back from. Unless that’s changed recently: Rep. Marjorie Taylor Greene believed this ongoing “staged shooting” conspiracy theory enough to harass a school shooting survivor on the streets of Washington, D.C., and Rep. Lauren Boebert cheered her on after the fact.

At this point, if “mainstream” Colorado Republicans do not want to be lumped in with members of their party to subscribe to these baseless and extremely offensive conspiracy theories in the immediate wake of this latest mass shooting tragedy in our community, the obligation to clearly and unequivocally renounce this madness is on fellow Republicans.

We’ll be standing by.