Boebert Claimed not to Know Anti-Govt Extremists She Posed With, But Photos Show Otherwise

Boebert with Cory & Jaqueline Anderson, displays the custom Glock 22 given to her by Bikers For Trump

Congresswoman Lauren Boebert (R-CO) claimed she “didn’t know” the anti-government extremists she posed with on the steps of the Colorado Capitol in 2019, but it turns out she’s known some of them for over a year.

Last week, a photo of Boebert posing with Bikers For Trump and “Three Percenter” militia extremists at a Dec. 2019 gun rights rally in Denver, first reported by the Colorado Times Recorder, went viral due to misinformation stating it was taken in Washington prior to the insurrection at the U.S. Capitol.

U.S. Rep. Sean Patrick Maloney (D-NY) said that one of his colleagues saw Boebert giving a tour to a large group prior to the attack on the U.S. Capitol.

Boebert denied the accusation, responding with a fiery letter, in which she also insisted she didn’t know the people in the photograph she herself posted.

“Extremists that believe your rhetoric have posted photos of me with people I don’t know at the Capitol Building in Denver, Colorado, following a rally from more than a year ago and claimed these were people that I gave a U.S. Capitol tour to on January 5, 2021,” wrote Boebert in the letter.

While it’s true the photo was misidentified, it’s also true that Boebert indeed knows the people with whom she posed back in December 2019. 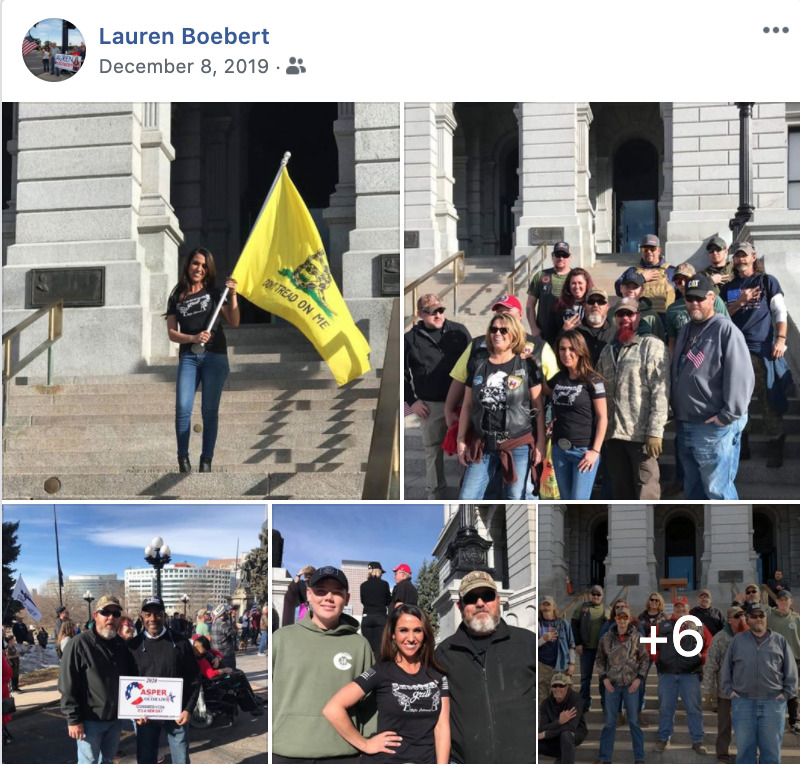 Yesterday she accepted a custom Glock 22 from Cory Anderson of the group Colorado Boots on the Ground: Bikers For Trump (BFT). Video of the presentation of the Glock is available here.

Anderson, his wife Jacqueline, and several other BFT members, along with the extremist militia American Patriots Three Percent, stood with Boebert at the state Capitol fourteen months ago. In both photos, multiple members, including Cory Anderson sport “Three Percenter” patches.

Cory Anderson of Grand Junction is a leader of Bikers for Trump Colorado and also an avowed Three Percenter.

In addition to wearing a III%er patch, he’s waved a III%er flag at the state capitol. Cory and his wife Jacqueline appear in the Dec. 8, 2019, photo with Boebert; they’re standing immediately above her in the image, Cory in the back row with Jacqueline in front of him.

Jacqueline Anderson has posted numerous photos of herself and Boebert to her own Facebook page. And it appears the two have known each other since at least September of 2019.

Anderson shared an image of herself with Boebert and the Congresswoman’s longtime friend Sherronna Bishop, laughing together at Shooter’s Grill, the restaurant owned by Boebert and her husband. Boebert “loved” the image. 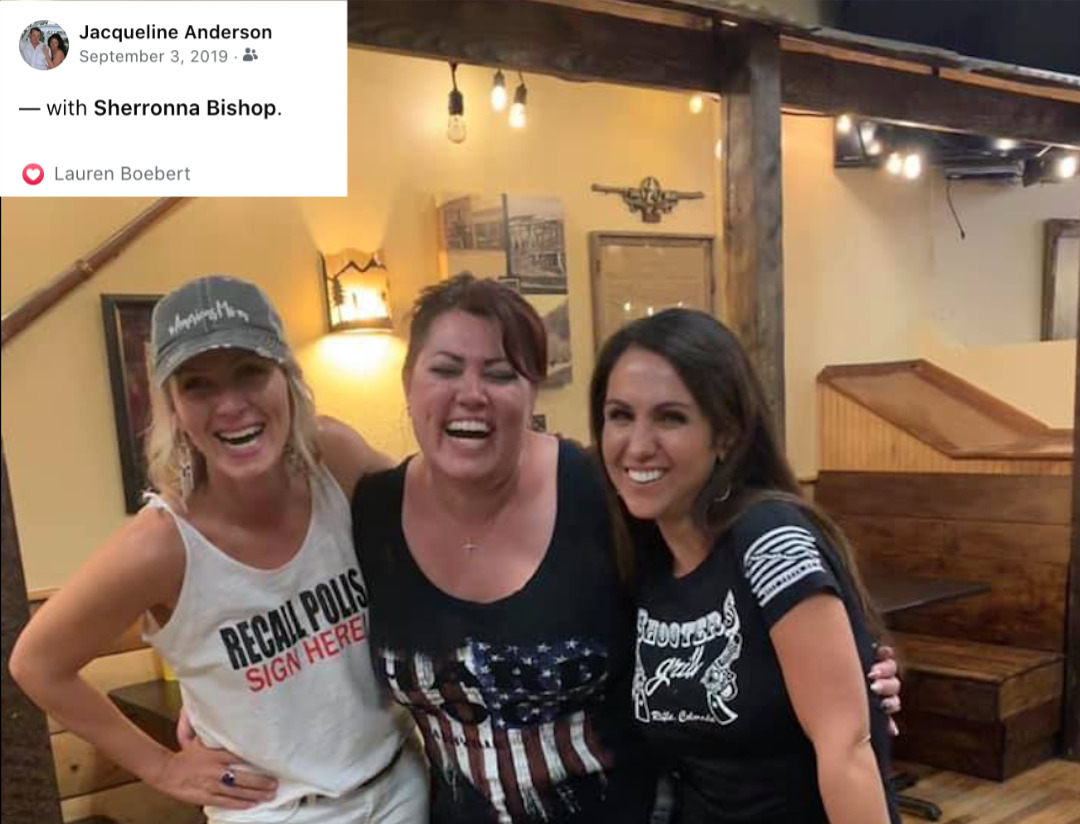 Jacqueline Anderson, who is a 2021 member of the conservative political training program Leadership Program of Rockies, also shared multiple photos of her and Cory with Boebert and her husband Jayson at an event on Dec. 14, 2019, just one week after the rally at the Capitol in Denver. 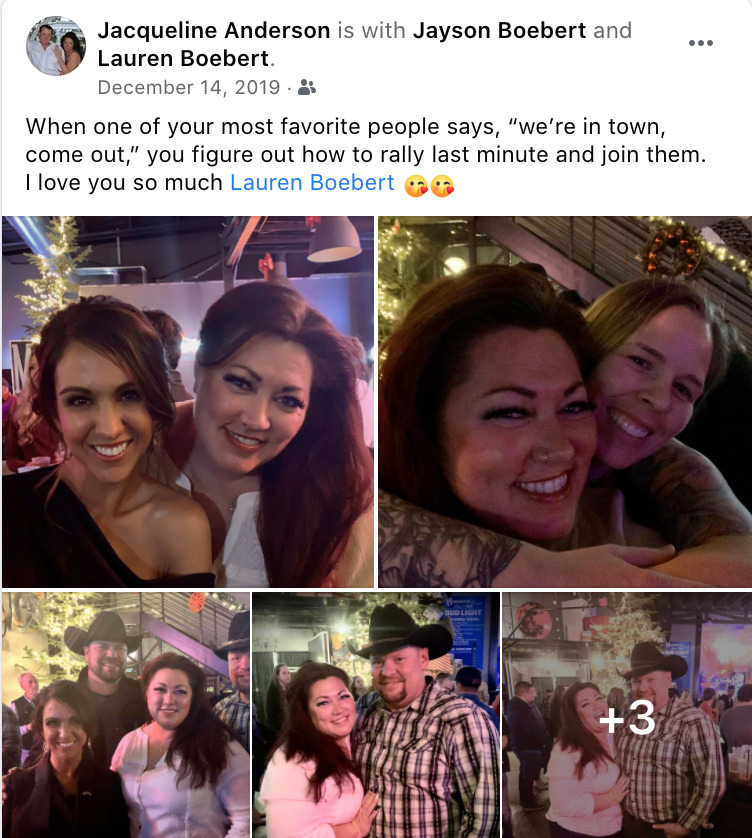 “When one of your most favorite people says, ‘We’re in town, come out,’ you figure out how to rally last minute and join them,” wrote Anderson on Facebook. “I love you so much Lauren Boebert.” Boebert’s campaign regularly featured a professional photo of her with BFT members, including Cory Anderson, on her campaign website and in direct mail pieces. 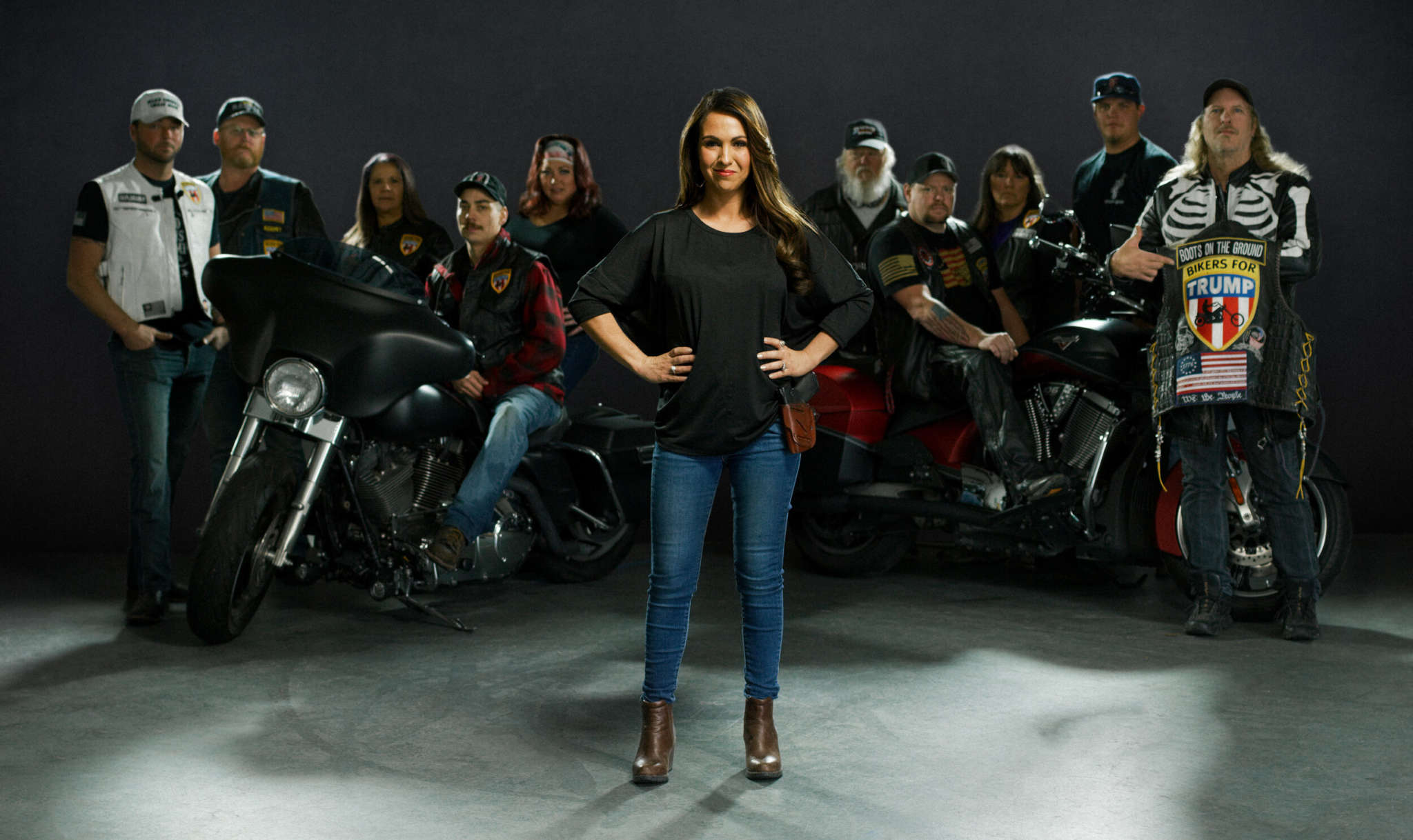 Boebert’s office did not immediately return an email request for comment.

Attempts to reach Cory and Jacqueline Anderson by phone and Facebook messenger were unsuccessful. This article will be updated with any response received.