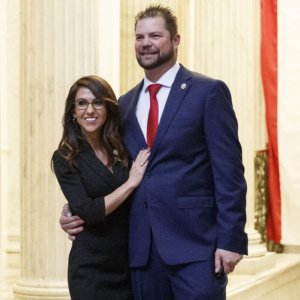 We awoke this morning to another hard-hitting story targeting Rep. Lauren Boebert of Colorado in national media, the cantankerous freshman from Rifle who has in less than two weeks in office managed to scare the hell out of her new colleagues and deepen urgent questions about security at the U.S. Capitol. A lot of the details in this story about Boebert’s lengthy criminal record readers have seen before–but it’s the source today, the conservative-leaning New York Post, that’s turning heads:

The 34-year-old lawmaker, who beat her district’s very conservative Rep. Scott Tipton in a primary upset last June, has a rap sheet unusually long for a member of Congress.

While the lawmaker was eventually allowed to enter the House chambers, she is facing growing questions about her role in assisting the deadly riot on Capitol Hill Jan. 6. Just hours before the violence, she tweeted, “today is 1776.” In the days leading up to the unrest, Boebert made a spectacle of her intention to remain armed in the Capitol, earning another rebuke from local law enforcement.

The link between Boebert’s criminal record, generally small-scale misconduct and failures to appear but still betraying a good deal of disregard for the law, with the insurrection at the Capitol on January 6th and Boebert’s refusal to submit to metal detectors installed outside the House chambers in its aftermath, is not one we’ve seen explicitly made in major media.

But it’s a very good point, don’t you think?

There is a damning parallel to be drawn between Boebert’s demonstrated contempt for the legal system on a small scale–like failing to appear in court for minor cases, or thumbing her nose at the Garfield County public health department–and the lawless mob that believed storming the U.S. Capitol was an acceptable way to resolve their dispute over the 2020 elections. Boebert’s case recalls the controversial law enforcement “broken window theory,” where an environment of minor infractions creates a climate ripe for greater ones. Or to employ another common law enforcement analogy, Boebert’s petty lawlessness is a “gateway drug” to something worse.

Either way, revisiting Boebert’s criminal history in light of the violence at the U.S. Capitol on January 6th, violence Boebert stands accused of helping incite with her bellicose rhetoric on social media and baseless challenges of the electoral slate as her first act in Congress, is absolutely fair and needs to happen.

As for why the East Coast’s most notorious pro-GOP tabloid is going there, that’s anybody’s guess.