On Wednesday, a violent assault on the U.S. Capitol by extremist supporters of outgoing President Donald Trump resulted in the deaths of five people, and the first violent breach of the U.S. Capitol since the War of 1812.

Thankfully, this unprecedented attack on federal lawmakers trying to carry out their constitutional responsibility and certify Joe Biden’s victory in the presidential election failed. In its wake five people are dead, and millions of dollars in damage has been done to the U.S. Capitol building.

Two members of Congress from Colorado, Reps. Lauren Boebert and Doug Lamborn, helped incite the extremists who stormed the U.S. Capitol with their support for baseless objections to the election results in battleground states. Lauren Boebert shouted at Speaker Nancy Pelosi on Wednesday, “Madam Speaker, I have constituents outside this building right now.” Moments later, they stormed into the House chambers.

There is only one way for Lamborn and Boebert to make this right. 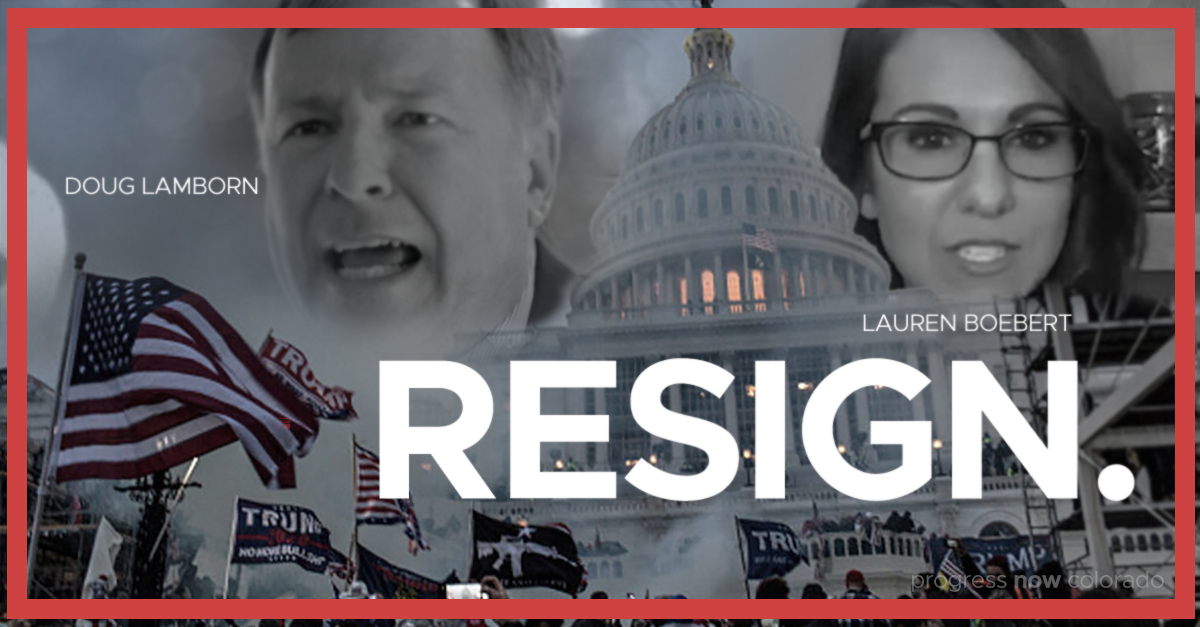 “The basic and fundamental responsibilities of our elected officials are to represent the will of the people—to uphold the tenets of our constitution and respect our democratic institutions,” reads the letter signed by Colorado state lawmakers, local elected officials, and progressive advocacy groups from across the state. “You, Rep. Lauren Boebert and Rep. Doug Lamborn, have betrayed the trust of Colorado voters by helping incite violence against the body you were elected to, a body designed to serve us.”

The events of this week are a reminder that democracy is not an idle responsibility. The choices Americans make at the ballot box matter. Donald Trump has made the consequences of making the wrong choice painfully clear. We must never again allow a demagogue who values personal power over American lives to occupy the White House.

Sign the petition now: Reps. Lauren Boebert and Doug Lamborn must resign. We’ll deliver your names and comments to their offices and the press.

Thanks for your help holding these misguided politicians accountable for the death and destruction they caused this week.