UPDATE: Not going over super well with the local press corps.

Neville’s decision to dox a journalist for an unflattering but accurate article sends a clear and chilling message to other journalists in Colorado: report unfavorably on GOP leadership and your personal safety may be put at risk. That’s unacceptable. 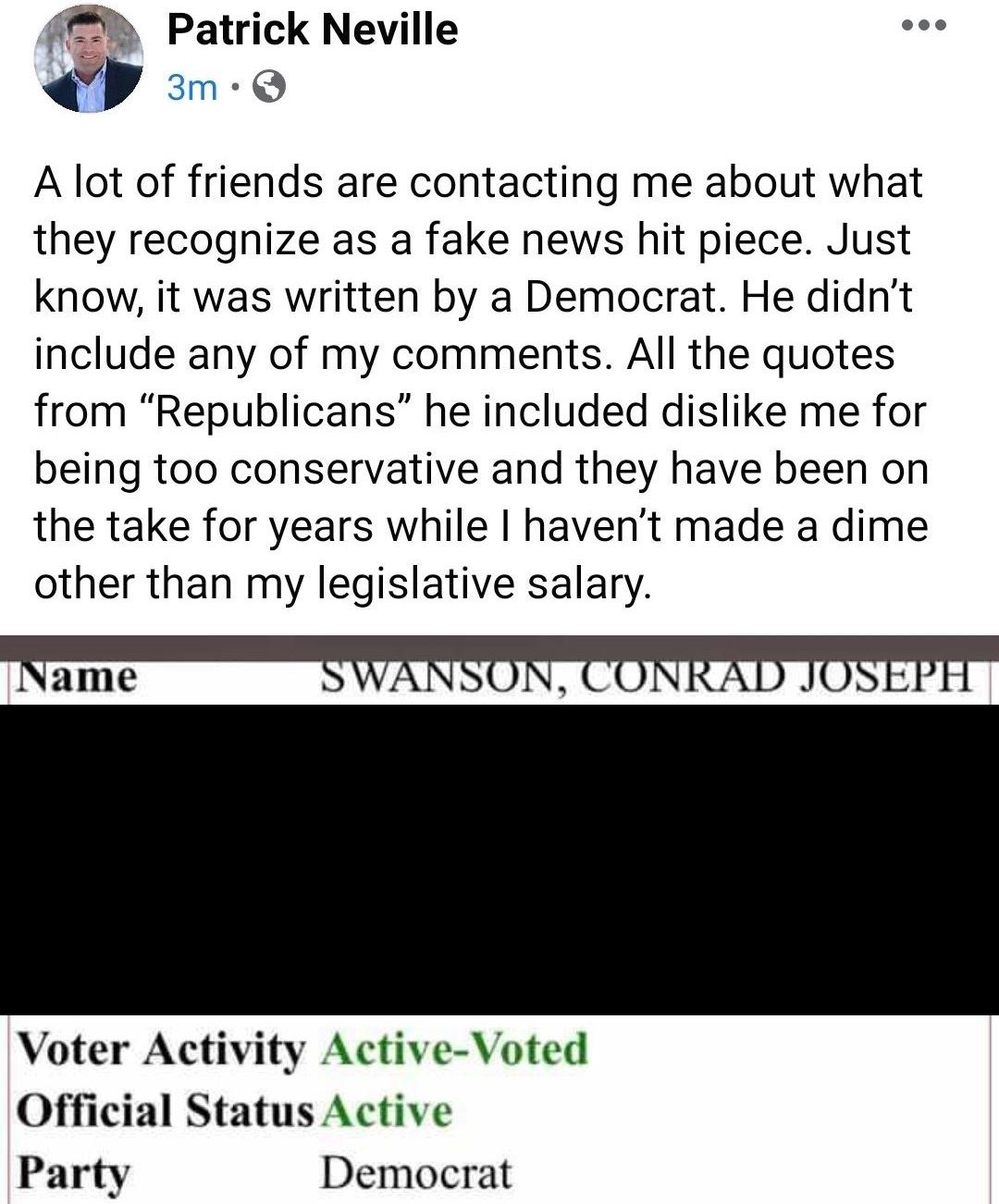 This weekend, the Denver Post’s Conrad Swanson and Alex Burness did indeed publish an unflattering deep dive into the state of the Colorado Republican Party after another devastating election in 2020 left the party with its smallest minority since Franklin Delano Roosevelt was President. And in that story, there was a great deal of criticism of Pat Neville and his family’s for-profit political strategy firm Rearden Strategies, which received big checks to perpetuate failure amid allegations of intraparty score-settling and wholesale neglect of winnable races.

It’s not surprising that quit-before-being-ousted Minority Leader Neville was displeased by a story that laid a considerable degree of blame for the Republican Party’s misfortunes at his feet. But that apparently wasn’t enough. Neville’s Facebook post also included Swanson’s personal information, what’s known as “doxxing,” revealing the reporter’s home address and other personal details. We’re concealed all of this information in the above screenshot, and we won’t be linking to Neville’s post.

It’s difficult to look at this as anything other than a case of outright intimidation. Neville’s close ties with the militant right wing of Colorado politics, from Nazi apologist Michelle Malkin to the so-called “United American Defense Force” militia wing of the political group FEC United, means this could easily be construed as a legitimate risk to the reporter’s safety. While it’s true that the information Neville posted may exist in the voter file or other sources, giving a reporter’s home address to a hostile audience like Neville’s social media following is unambiguously a threatening move.

There’s no excuse. It’s totally unacceptable. And as surely as now-ex Rep. Steve Lebsock crossed a line when he tried to intimidate his detractors, there needs to be accountability for what Neville did here to prevent it from becoming precedent.