As readers know, Gov. Jared Polis and public health officials across the state and nation are begging Americans to avoid multi-household gatherings this Thanksgiving as the COVID-19 pandemic rages unchecked and hospitals fill to capacity much, much too early in the season.

But Republican Rep. Mark Baisley of Douglas County, who you might remember from his embarrassing misinformation about “altered death certificates” in the spring that helped fellow COVIDiots deny the severity of the pandemic, has his own message for HD-39 constituents: Americans have the God-given right to be stupid. 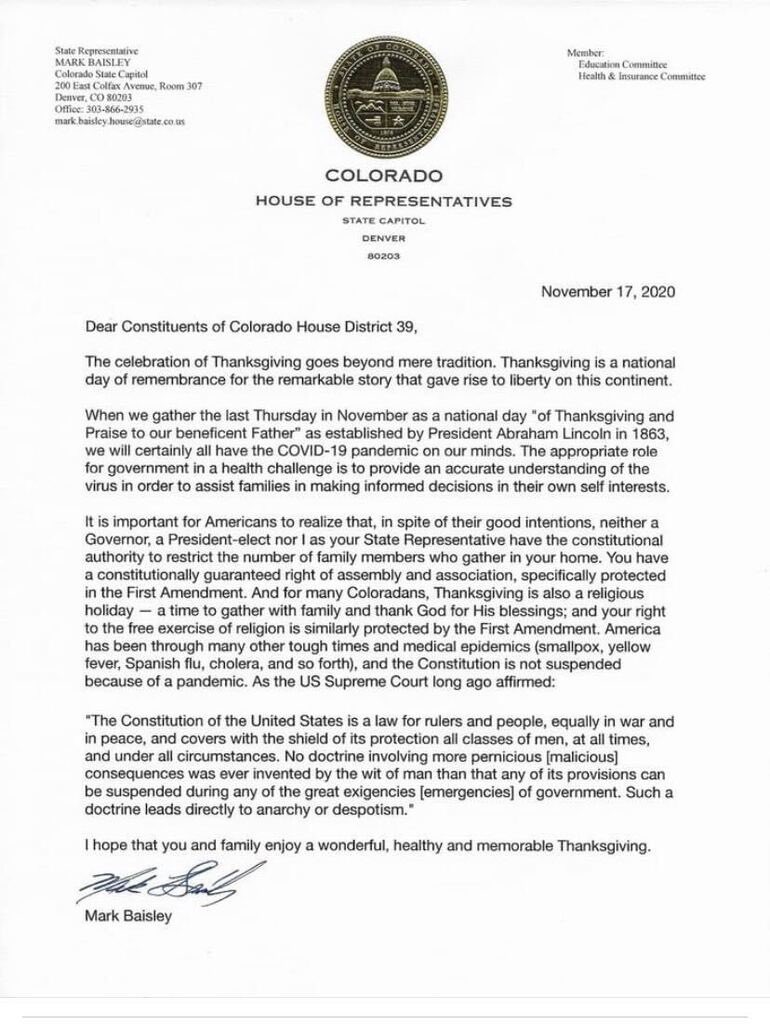 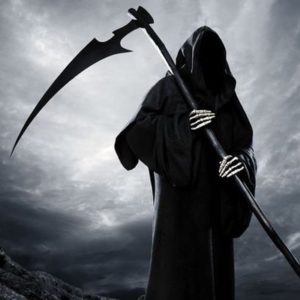 Rep. Baisley perfectly sums up the problem with the politicization of the COVID-19 pandemic in just these few paragraphs without realizing it. Yes, Americans have rights to freedom of assembly, and religious freedom. But Gov. Polis is not urging Coloradans to avoid mingling households over Thanksgiving in order to trample their freedoms. It’s about saving lives from a deadly disease that is spreading out of control. Just because one has a right to do a thing does not make it smart to do it wherever and whenever, and if a global pandemic that has killed 250,000 fellow Americans isn’t enough to convince someone to be serious about the safety of themselves and their families, we have no idea what could.

The true penalty for not following the direction of public health experts, like Gov. Polis says invoking the Grim Reaper, will not be administered by the state. Extended families who spread COVID-19 among themselves this Thanksgiving will pay a greater price than anything Polis could possibly do to them for disregarding public health orders. It is not unreasonable to predict that some number of people in HD-39 who agree with their state representative and turn Thanksgiving into a political grandstand against Jared Polis at the cost of common sense will die.

In short, one may be able to argue eloquently in favor of the right to assemble in front of an oncoming train, but respecting that crossing signal makes a lot more sense. Though it’s long been said that “the Constitution is not a suicide pact,” it was perhaps never more true than at this moment.

Here’s a concept: keep your family safe because you want to. Let that moral obligation transcend piffling partisanship.