“We’re Not Going To Control The Pandemic”

MONDAY UPDATE: The Washington Post gives it to you straight: 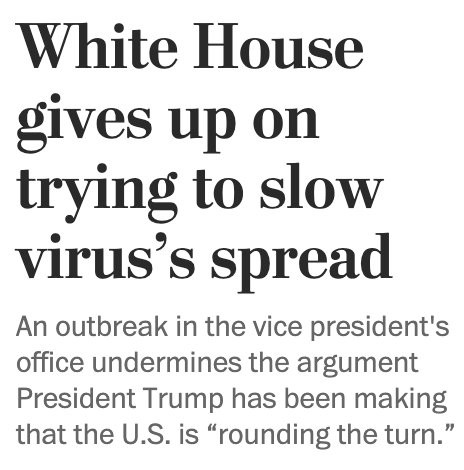 “My 8-year-old son came to me and said, ‘Dad, I know when the pandemic ends.’ And I said, ‘You do?’ He says, ‘Yes, the day after the election.’ Now, he picked that up somewhere or heard that somewhere, or maybe mom and dad were talking too much around him,” [Sen. Cory] Gardner told a laughing crowd.

If you watched CNN’s State of the Union this morning, you’re still picking your jaw up off the floor: 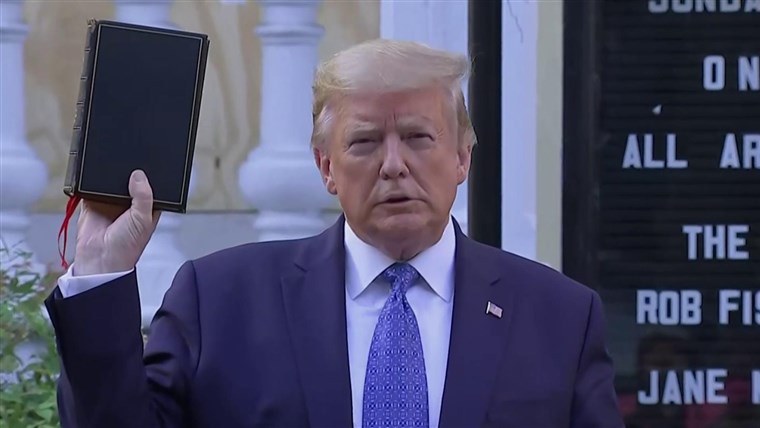 This is White House Chief of Staff Mark Meadows, telling America this morning that the Trump administration is giving up on containing the COVID-19 pandemic that has killed over 220,000 Americans, more than any other nation, consumed the year 2020 economically and socially, and forever changed the lives of everyone living through it (that’s you, and us, everybody on the planet).

MEADOWS: Your website is talking about, well now we think the spread is coming from small social groups and family groups. First it was large groups. Now it’s small groups…

MEADOWS: Now, well, that’s exactly, that’s exactly the point. So, here’s what we have to do. We’re not going to control the pandemic, [Pols emphasis] we are gonna control the fact that we uh, get vaccines, therapeutics, and other mitigations…

TAPPER: Why aren’t we going to get control of the pandemic?

MEADOWS: Because it is a contagious virus just like the flu…

It is a legitimate struggle to find the appropriate words to encapsulate what this means. You can anticipate an admission of defeat like this, you can understand how we got to such an unthinkable moment in history through hopelessly incompetent and even willfully counterproductive management of the global emergency by America’s Republican elected leaders–creating a partisan divide over public health that has directly resulted in the deaths of untold thousands of Americans. But when it hits you that the President of the United States has now publicly conceded after all the sacrifices Americans have made this year that the virus will win, that thousands more Americans will die who would have been saved had they lived in so many other nations that took this threat seriously…

Nine days from the election, a more painful lesson on the importance of making the right choice seems impossible.