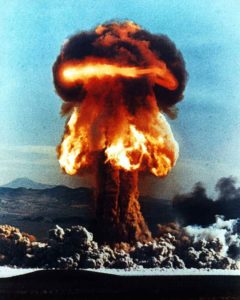 John Hickenlooper, Colorado’s Democratic candidate for U.S Senate, raised $22.6 million dollars during the latest fundraising quarter, more than four times the amount of his previous campaign haul of $5.2 million, according to figures released by his campaign. The reporting period is from July 1, September 30. Going into the final stretch before Election Day, Hickenlooper’s campaign said he will have $7.2 million cash on hand.

Hickenlooper is locked in a tight raise to unseat first-term Republican Senator Cory Gardner. Gardner’s campaign said the Senator is still waiting for his third quarter fundraising figures and will release them by the October 15 deadline. Throughout the campaign Gardner has had more cash on hand, but Hickenlooper has outpaced him in fundraising each quarter.

“I am incredibly grateful for every single one of our grassroots donors and volunteers who have joined our campaign during these difficult times,” said Hickenlooper. “Coloradans from every corner of our state are fired up and ready to flip this seat because they are fed up with Cory Gardner’s lockstep support of Donald Trump and Mitch McConnell.”

To put Hickenlooper’s Q3 in some kind of perspective, in 2014, Sen. Mark Udall raised just over $20 million dollars for the entire election cycle. There’s really no objective yardstick to employ, because no one has ever come anywhere close to raising this amount of money in a single quarter for a Colorado race. Hickenlooper’s $5 million Q2 was the previous Colorado record, and that record has now been more than quadrupled. Hickenlooper reports some 485,000 individual donors in this report–that’s almost half a million people opening their wallets–with 97% of the contributions under $200.

The only way that this Q3 total is not absolutely mind-boggling is in the context of other competitive U.S. Senate races around the country in 2020, where similarly massive hauls are being reported–$28 million for the Democratic candidate in North Carolina, Cal Cunningham, and record numbers expected from Mark Kelly in Arizona and Jaime Harrison in South Carolina–a state just moved by Cook Political Report to a toss-up.

What we have here is a wave of money like nothing we’ve ever seen, invested by an historic number of donors large and small, to produce another wave–a wave of votes.