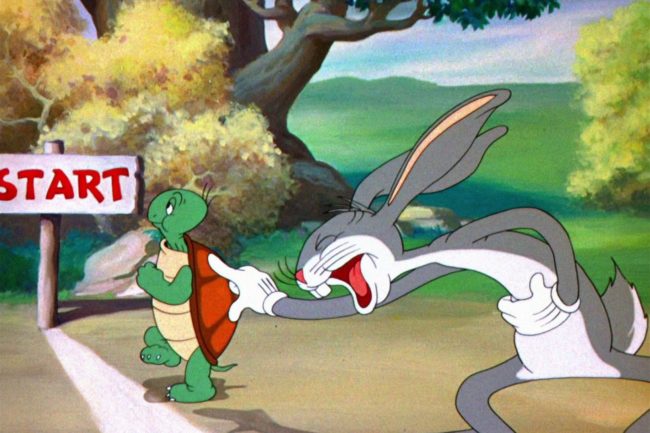 Friday evening, as readers know, Colorado’s U.S. Senate candidates met in Pueblo for the first of several scheduled debates. Friday’s event was not televised, but was live-streamed with somewhere in the neighborhood of 4,000 people tuned in at any given time. The relative lack of viewership compared to subsequent debates which are expected to be televised made this first outing a useful warm-up for both sides, and a preview for those of us following the race closely of what’s coming when voters are paying attention.

As the Denver Post’s Justin Wingerter reports, from the opening bell Sen. Cory Gardner was single-mindedly on the offensive against former Gov. John Hickenlooper, managing to turn practically every question into a confrontation from one of Gardner’s factually-challenged attack ads–with an earnest determination that as the hour wore on began to visibly straddle the line of, well, desperation:

Gardner, a Yuma Republican who is trailing in every poll, is the better debater, and Republicans are hopeful he can gain ground during this month’s forums. On Friday night, the freshman senator pressed Hickenlooper on two ethics violations, his refusal to comply with a subpoena in June and an ensuing contempt citation…

Hickenlooper, a Denver Democrat and former governor, spent much of his time on the defensive, pushing back against an almost endless barrage of attacks from Gardner on topics from ethics to energy to his former judicial nominations. Hickenlooper tried to keep the focus on health care, specifically an effort to overturn the Affordable Care Act, a health law Gardner considers unconstitutional.

The Colorado Sun recounted Gardner’s sound and fury, and Hickenlooper’s low-key strategy for managing it:

Republican Cory Gardner hurled attack after attack at his Democratic rival John Hickenlooper, from the opening minutes of the first debate in the U.S. Senate race to his closing statement…

Hickenlooper rolled his eyes, said his opponent was lying and repeatedly dismissed the broadsides as a “wall of words of untruth and distortion” without addressing them.

Gardner was more often on the offensive, posing direct questions to Hickenlooper multiple times. He hammered on ethics complaints against the former governor and attacked Hickenlooper’s character. Meanwhile, Hickenlooper referred to Gardner as a “liar” more than once, and argued he is aligned too closely with Trump rather than Coloradans, especially when it comes to his votes in support of repealing Obamacare.

Sen. Gardner came into this debate as the universally-acknowledged “better debater”–that is, better than Hickenlooper at delivering a pre-scripted message and staying on that message no matter what externalities get in the way. Hickenlooper’s objective was much simpler: knowing that Gardner was going to turn the debate into a bellicose string of endless attacks, Hickenlooper’s job was to not get stuck in the weeds of those attacks, and allow Gardner to press his case past the point of plausibility–thereby turning Gardner’s intensely negative message against itself. Hickenlooper’s refusal to take Gardner’s bait on all but a very of Gardner’s lines of attack visibly frustrated Gardner, who responded by ramping up the invective–a cycle that ended with Hickenlooper holding the high ground.

And when it came time for Hickenlooper to deliver the blows that mattered, as KUNC reports, Hick’s proverbial powder was dry:

Hickenlooper responded saying Gardner hasn’t offered a feasible health care plan. He also said it was the issue the two men have the biggest disagreement on.

“You know what’s the cruelest lie of all, it’s that Cory Gardner says he has a plan to protect people with pre-existing conditions,” Hickenlooper said.  [Pols emphasis] “We need to get to universal coverage. It’s not going to cost a fortune. It’s not going to break the bank.”

“The problem is that Cory Gardner is not just lying to all of you watching this debate. He’s lying to 2.4 million Coloradans. That bill has 117 words in it. It does nothing to say that insurance companies have to take people with preexisting conditions,” Hickenlooper said. “It’s almost like Swiss cheese.”

It is precisely this dynamic–Gardner’s relentless sales pitch versus Hickenlooper’s easygoing charm–that early supporters of Hickenlooper’s U.S. Senate bid foresaw would be Hick’s greatest asset in reclaiming one of Colorado’s last statewide Republican-held offices. Debates are not won by word count, or by negating every single argument of your opponent, or amount of energy expended by either candidate–they’re won by who comes across, in the final analysis, as more relatable.

That is and has always been Hickenlooper’s sweet spot, to the frustration of opponents who try much harder.